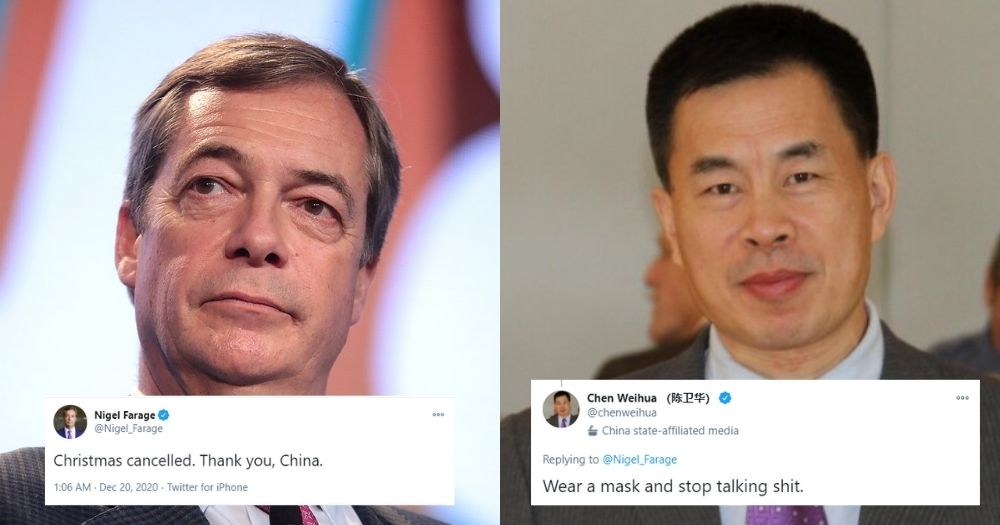 Farage, who is the leader of the Brexit Party, sent a tweet on Dec. 20 "thanking" China for cancelling Christmas.