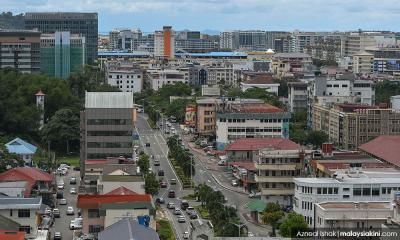 Added 3.30PM | Breakdown of M'sian and foreigner deaths in Para 7.

Sabah recorded a 30.6 percent increase in deaths during the final quarter of last year.

According to the Department of Statistics (DOSM), there were 868 more deaths in Sabah compared to the same period in 2019.

Neighbouring Labuan was up 63.64 percent or 28 excess deaths compared to the same period in 2019.

Sabah and Labuan were the worst Covid-19 hit region during the final quarter of last year.

The increase in deaths for Sabah and Labuan was significant, given that the year-on-year change during 2018-2019 for the whole country was only three percent.

Among Sabah's dead were 191 Malaysians and 61 foreigners.

The latest figures were obtained from the DOSM's "Demographic Statistics Fourth Quarter 2020, Malaysia" series. Figures for 2018 are unavailable.

Overall, Malaysia reported fewer deaths - down 0.4 percent - during this period compared to the previous year.