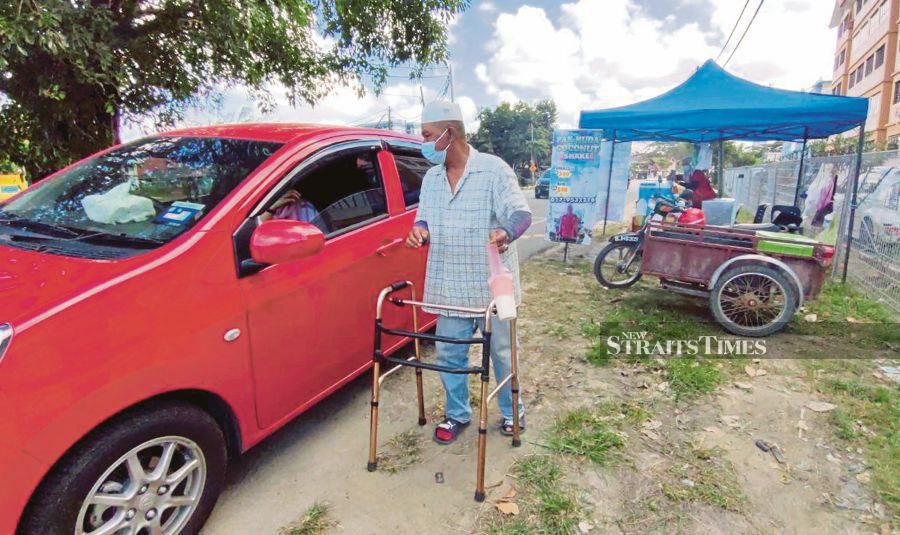 The father of five, better known as Pak Muda, has been using a walking cane for six years following an accident in 2007.

"I have been selling coconut shake for three years after I left my old job as a security guard at a mall here. The idea to venture into business came from a friend.