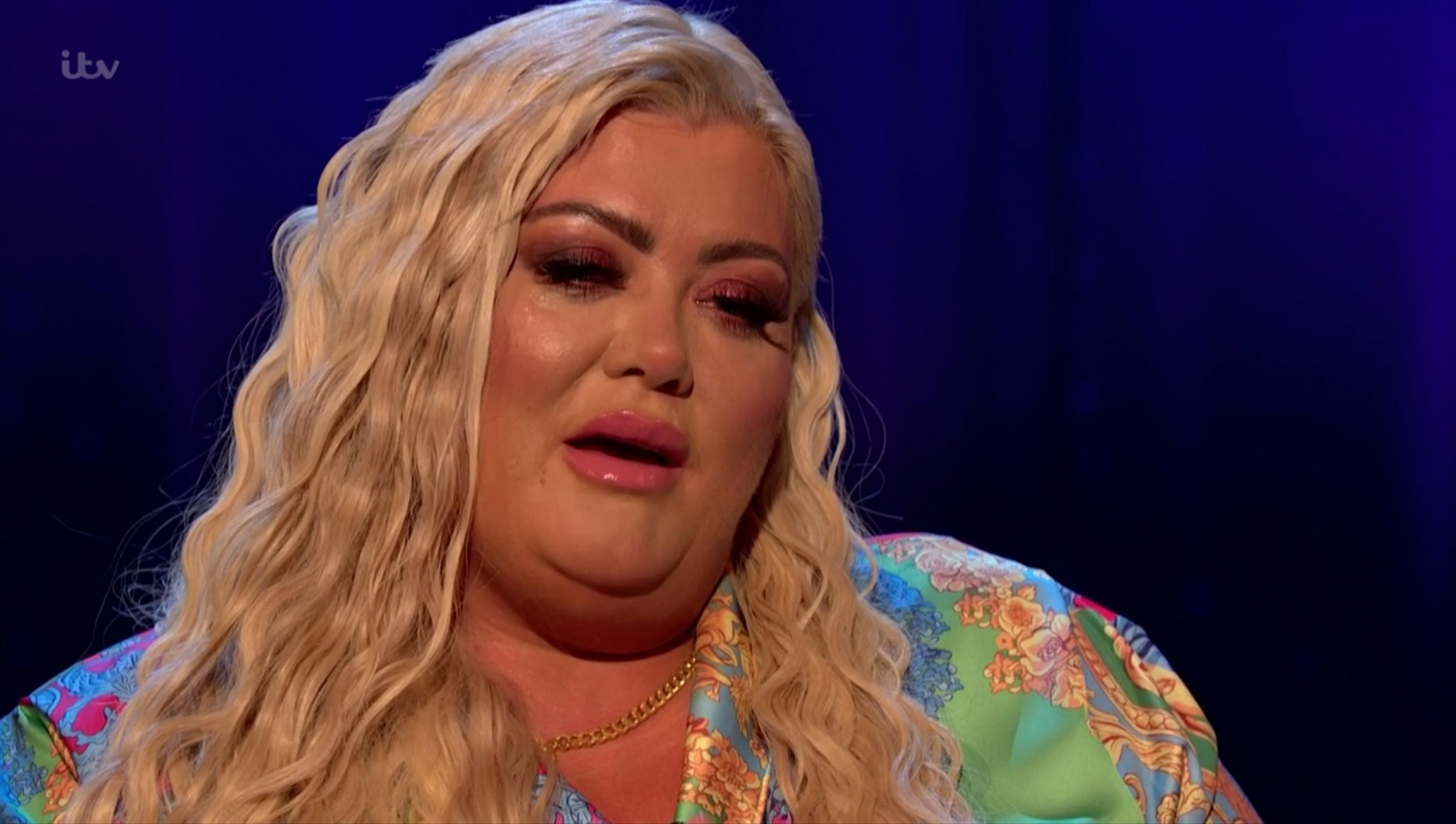 Gemma admitted she struggled after her relationship broke down with Arg (Picture: ITV)

Gemma Collins has admitted she felt suicidal and suffering from PTSD following the breakdown of her relationship with James ‘Arg’ Argent.

The Towie couplehave had a turbulent on/off relationship, which ended in July 2020 following leaked screen grabs from a WhatsApp chat where he branded her a ‘hippo’.

But even before that, Arg’s struggles with cocaine addiction proved a huge problem, with the pair repeatedly breaking up and making up over the course of three years.

Speaking on Piers Morgan’s Life Stories, Gemma broke down in tears after watching a video outlining their romance, and said that she had even considered taking her own life as the pressures of the relationship and fame became too much.

‘When I see a picture of James in the grey cardigan, he was really well then,’ she said. ‘For anyone that ever thinks about taking drugs, or just trying it for one night, you do end up getting really addicted.

‘I was really happy with James, and we did get on, but the drugs changed him as a person, and it was… I fought every day for three years to get him well.’

Gemma and Arg had a complicated relationship (Picture: Rex)