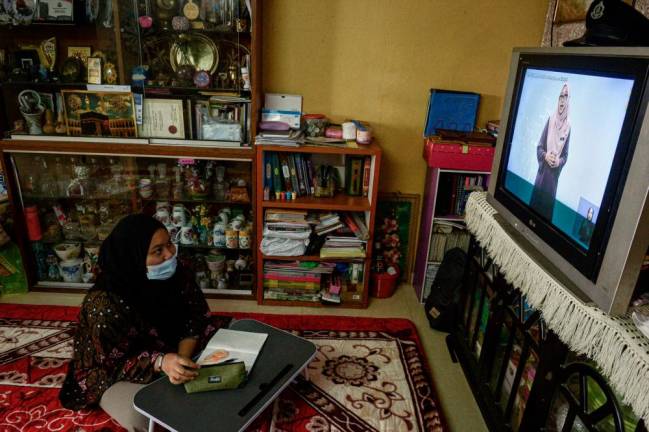 No excuse for poor presentation of Science lesson on DidikTV

THE Science lesson in English recently introduced under the DidikTV initiative has drawn widespread criticism, and rightly so.

Most agree that the lesson could have been better presented, and that is putting it mildly.

Reacting to the criticisms by classifying it as cyber-bullying is therefore missing the point.

Arguing that the teacher is, in fact, not an actor misses the point. There are many actors who should not be seen on screen, too, but that’s another story.

There is no need to go into detail on where it has all gone wrong. The fact that most parents have reacted in horror is telling enough.

Communications and Multimedia Minister Datuk Saifuddin Abdullah’s rationalisation that “this is a new thing” and therefore “there are weaknesses here and there” is a sorry excuse for the poor performance.

For a start, this is not a “new thing”. Malaysia has a long history in conducting lessons over the electronic media. From as far back as the 1960s, pupils were already following lessons on the radio.

The fact that they could easily grasp what was taught despite the absence of visuals spoke volumes not just for the presenters’ mastery of the language - be it Malay, Chinese, Tamil or English - but also their capabilities and eloquence.