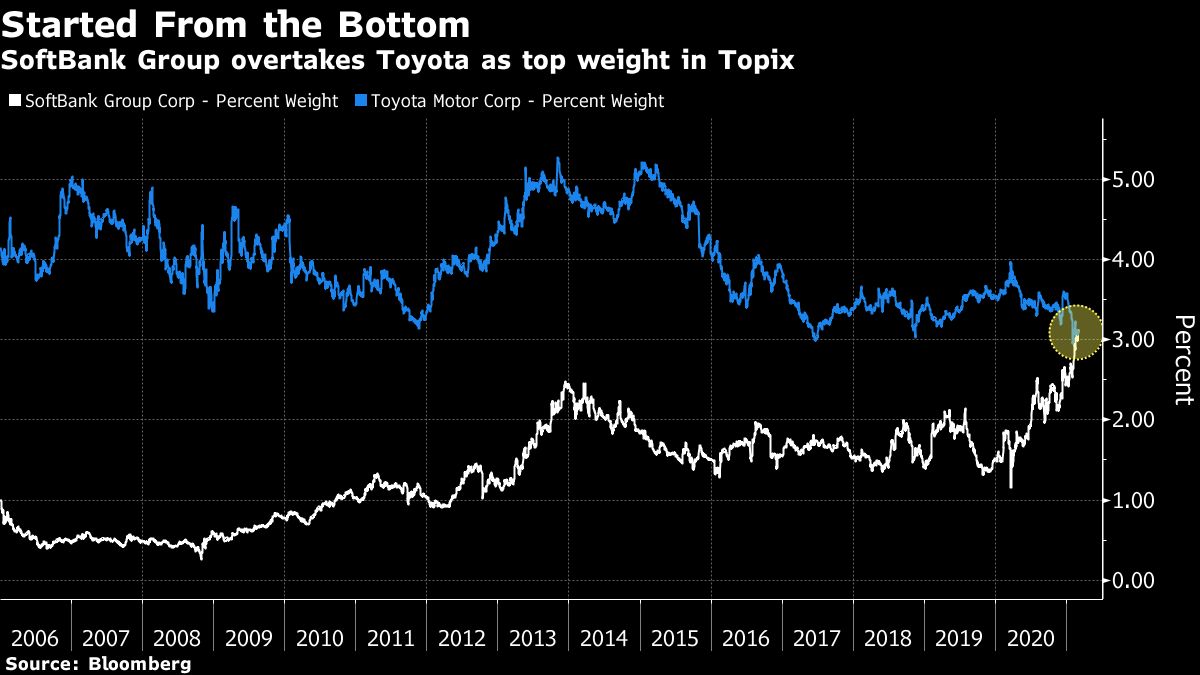 SoftBank pulled ahead of Toyota Motor Corp in pole position on the benchmark gauge last week, and sat as the highest weighting, albeit by a fraction, as of market close on Wednesday. That’s ended an almost 13-year streak for the automaker as the largest stock on the index, according to data compiled by Bloomberg.

The change is further evidence of SoftBank’s own winning run. While Toyota trades little changed in 2021, SoftBank stock is up over 30%, rallying past a two-decade record to a new high, backed by a surging stock market which has lifted the value of its portfolio companies.

Toyota, meanwhile, has been impacted by production outages due to earthquakes in Japan and freezing temperatures in the US, concerns over the global semiconductor shortage, and fears it’s losing out in the red-hot electric vehicle market.

“It’s good news for the Japanese equity market, which has traditionally been dominated by manufacturers that have very low valuation,” said Mitsushige Akino, a senior executive officer at Ichiyoshi Asset Management Co. “If Toyota continued to remain the top weight, then there’s [a] limit to how high the index can go. It’s a historic turning point.”