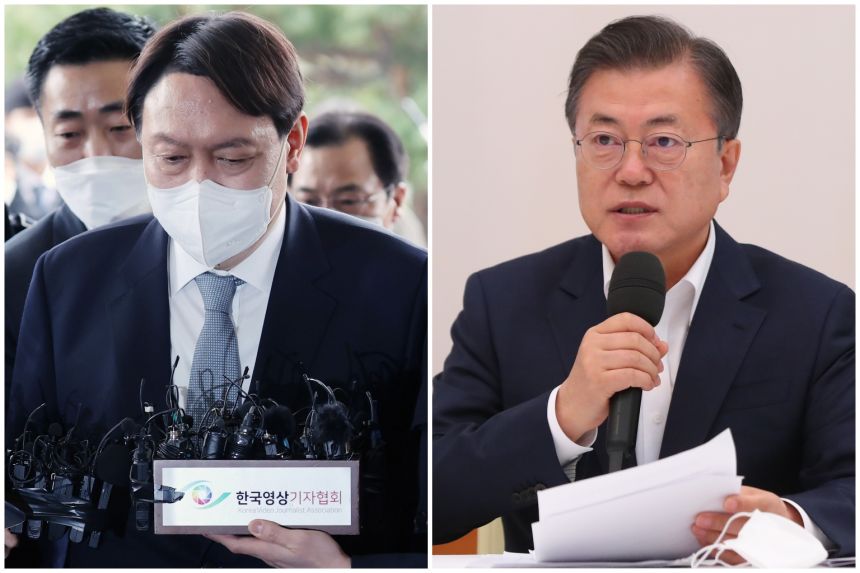 SEOUL (BLOOMBERG) - South Korea's top prosecutor resigned in protest against President Moon Jae-in's policy to strip the office of investigative powers, in a move that could impact the country's presidential election in a year's time.

Prosecutor-General Yoon Seok-youl, whose public support has risen in the simmering battle with Mr Moon over prosecutorial powers, told reporters on Thursday (March 4) at the Supreme Prosecutor's Office in Seoul that he was stepping down.