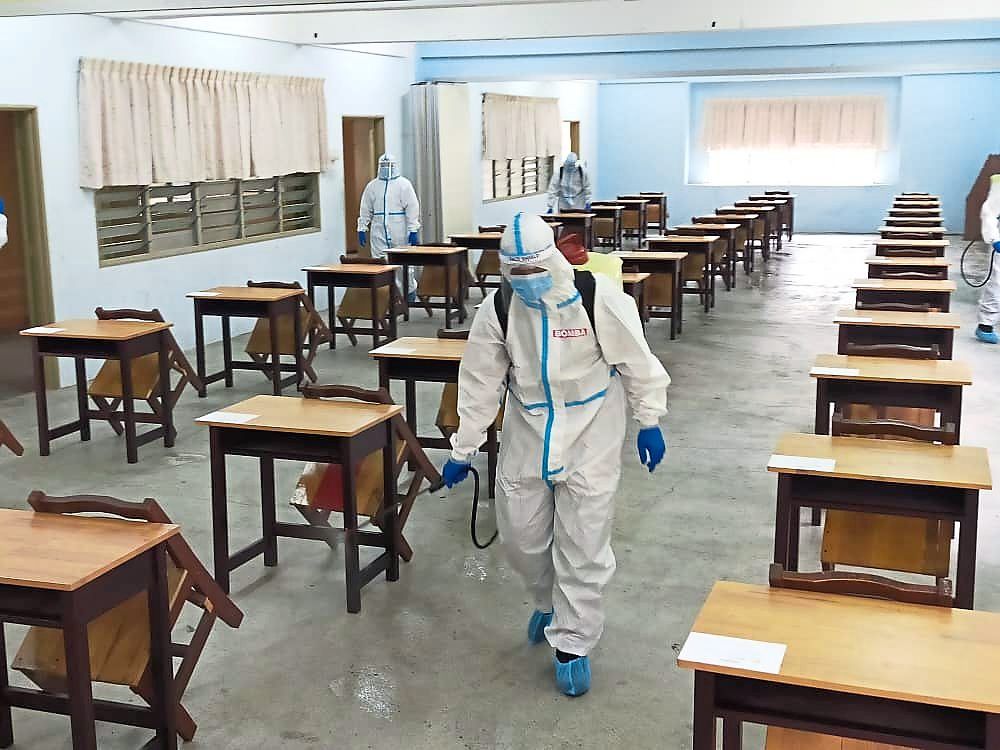 Its director Datuk Yahaya Madis said 70% of the calls were related to bush fires.

“We have been getting more calls related to fire emergencies lately due to the dry and hot season, coupled with strong winds.

“Between Jan 15 and Feb 18 alone, we received a total of 641 calls related to open burning.

“Of that number, 452 were about bush fires, 110 involved burning of rubbish and 79 were at farms and orchards, ” he said in a press conference after observing a sanitisation operation at SMK Majidee Baru 2 in Johor Baru.

According to the department’s statistics, at least two calls are received daily on open burning.

The highest number of calls for such cases in a day was 79.

Yahaya urged the public to immediately put out a fire if they saw it spreading.

“I hope that the public can assist us because once it spreads, it is more difficult to control.

“This will significantly lighten the burden of our personnel who have other rescue missions to attend to daily, ” he said.

On a separate matter, Yahaya said the department had also carried out sanitisation operations at 210 schools statewide since March last year.