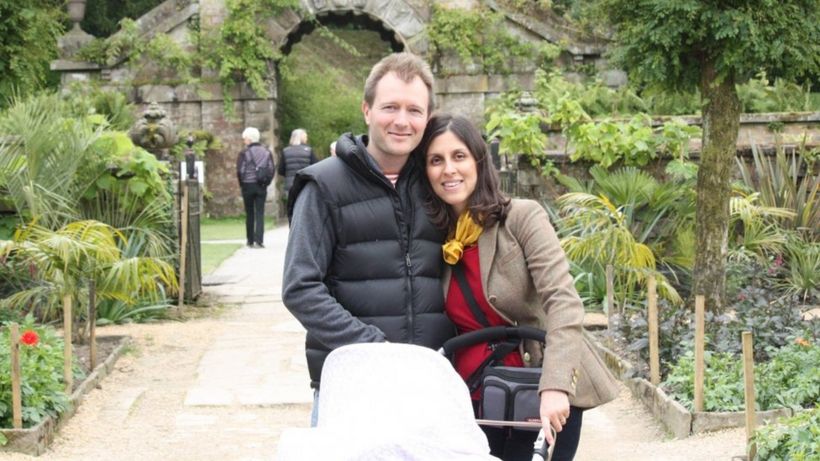 Nazanin Zaghari-Ratcliffe: The five years separated from her family

image captionNazanin, pictured here with husband Richard, was detained at an Iranian airport in April 2016

It's more than 1,800 days since Richard Ratcliffe waved goodbye to his wife Nazanin at the departure gate at London's Gatwick Airport, worrying only about how their young daughter would cope with the long flight to Tehran.