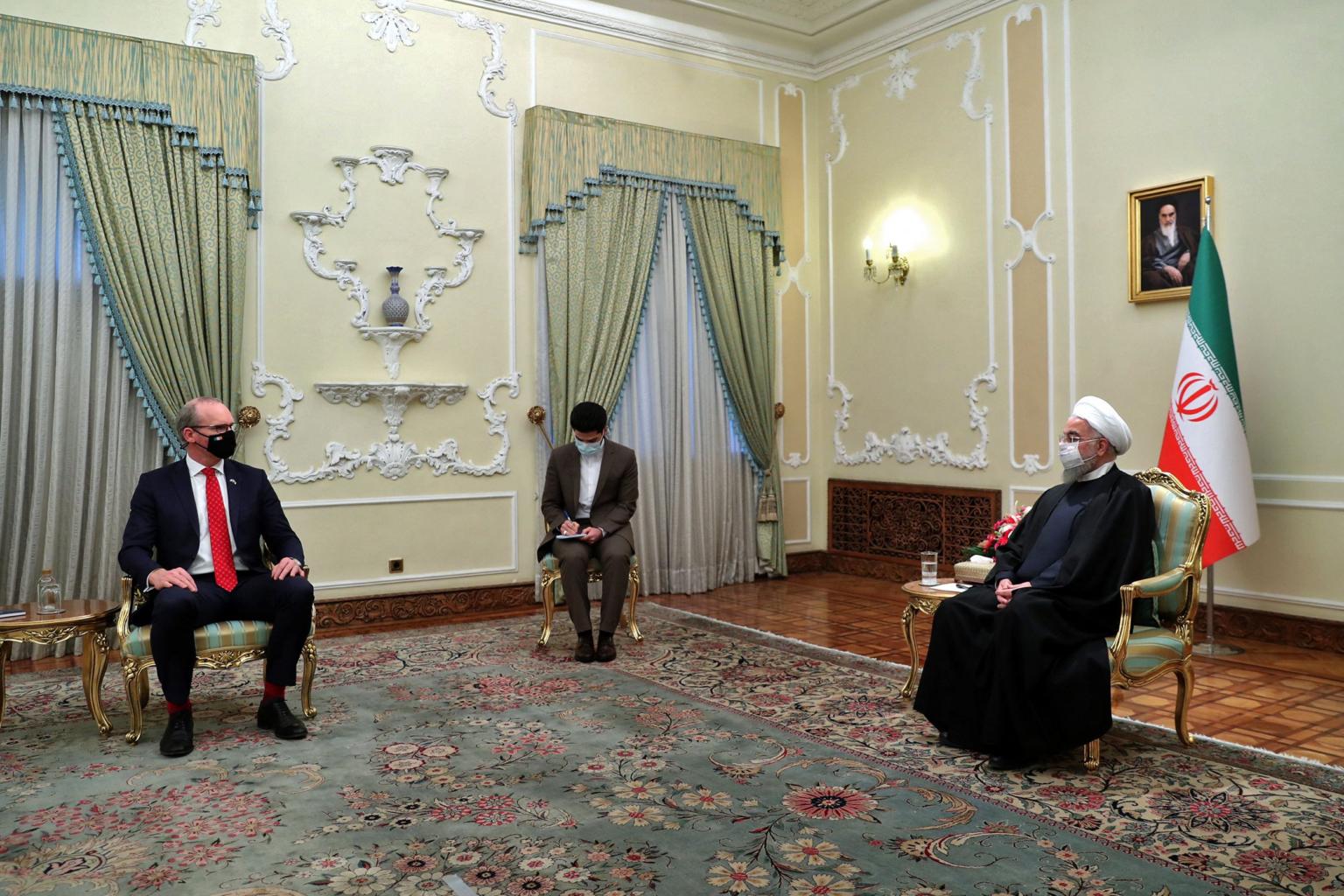 TEHERAN (AFP) - Iran's President Hassan Rouhani on Sunday (March 7) urged Europe to avoid threats or pressure in any negotiations with Teheran, as he received Ireland's foreign minister amid diplomatic efforts to revive a landmark nuclear deal.

Ireland is currently the facilitator for the United Nations Security Council resolution that enshrined the 2015 nuclear accord between Iran and six major powers, according to the Irish foreign ministry.