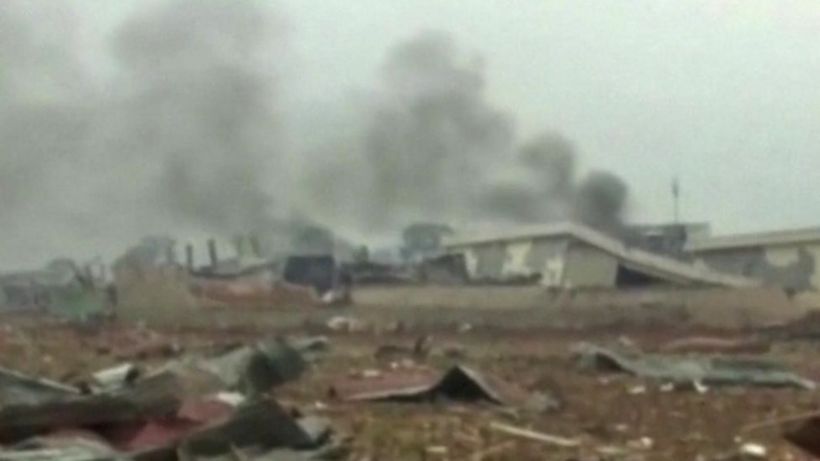 At least 17 people have died and hundreds more have been injured in a series of explosions in Equatorial Guinea, the health ministry says.

Some 420 people were injured following the blasts, which happened near a military barracks in the main city of Bata on Sunday.