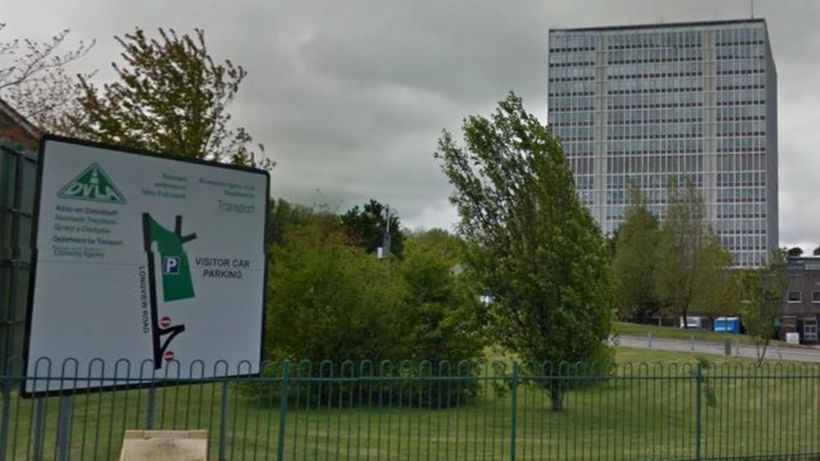 DVLA workers in Swansea to strike over Covid safety fears

Hundreds of workers at the DVLA have voted for industrial action over Covid health and safety concerns.

The office in Swansea has seen more than 500 Covid cases since September in what a union described as "the worst Covid workplace outbreak" in the UK.

Members of the Public and Commercial Services union (PCS) backed strikes by 71.6% on a turnout of 50%.

A DVLA spokesman said it had followed Welsh Government guidance at "every single point throughout the pandemic".

A coronavirus outbreak was declared at the centre in the Clase area of Swansea in December after 352 cases in the space of four months.

Prime Minister Boris Johnson said in January that UK government officials had been "working flat-out" at the DVLA's 16 storey HQ.

The UK's shadow transport secretary Jim McMahon said it was "shameful" workers were having to strike because they felt "unsafe".