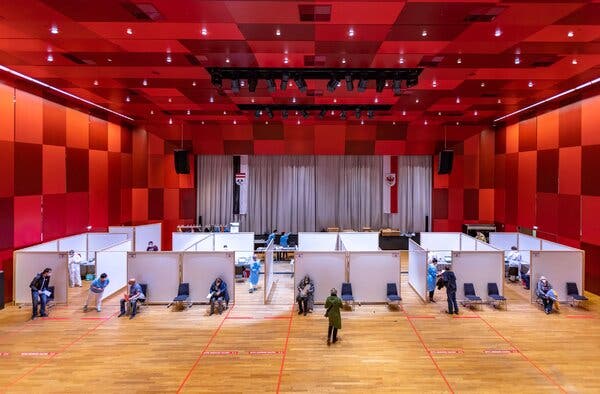 The E.U. extends vaccine export controls until the end of June.

The European Union will extend a mechanism that permits it to block exports of coronavirus vaccines abroad by three months, to the end of June, the bloc said on Thursday, as global trade wars over scarce doses ratchet up.

The decision was announced a day after closely held data on vaccine exports from facilities based in the European Union were published by The New York Times, revealing that the bloc had been a vaccine exporting powerhouse. The report stoked an intense debate over whether the European Union should be permitting any exports at all, in view of its underwhelming rollout at home, which is in part because of supply shortages.