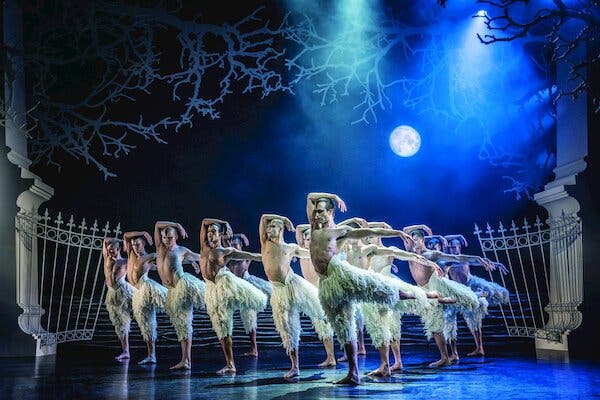 5 Things to Do This Weekend

New Adventures With Some Old Classics

A scene from Matthew Bourne’s “Swan Lake,” which will stream on New York City Center’s website until Sunday. Credit...Johan Persson

In 1995, the British choreographer Matthew Bourne audaciously reimagined the revered 19th-century ballet “Swan Lake,” transforming the ethereal female bevy into a flock of feral men. The production, a blend of contemporary dance and Broadway spectacle, became an international sensation and, a quarter century later, was one of the last seen on New York City Center’s stage before Covid-19 arrived.

Now it’s the first of four full-length performances that make up Matthew Bourne’s New Adventures Festival, available through April 4 on the City Center website for $15 each, or $50 for all four.

“Swan Lake,” online through Sunday, is followed by “The Car Man,” which transplants Bizet’s “Carmen” to an oil-stained garage and diner in 1960s America (Friday to March 21). Then come Bourne’s “Cinderella,” set in London during the Blitz (March 19-28), and his “Romeo & Juliet,” which commits the star-crossed lovers to an institution for troubled youth (March 26-April 4).BRIAN SCHAEFER