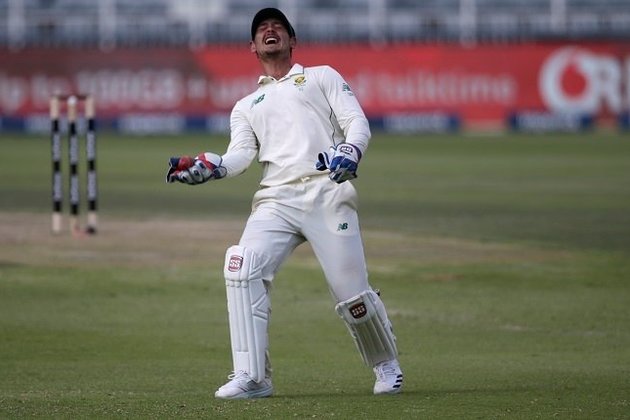 Quinton de Kock is raring to go ahead for the Titans ahead of Tuesday's four-day game against the Lions at the Wanderers.

Because of his international commitments, De Kock rarely plays domestic cricket and tomorrow will be his first game since the second Test against Pakistan early last month.

All indications that star Proteas wicket-keeper batsman Quinton de Kock will be available for the Titans' important 4-Day Franchise Series game against the Lions were confirmed.

De Kock, who shares a close bond with Titans assistant coach Geoff Toyana, was snapped with the former Lions mentor prepping for the four-day game that starts on Tuesday at the Wanderers.

Sport24 reported last week that De Kock, who last played cricket early last month when South Africa were in Pakistan for a Test and T20 tour, was going to be available for the Titans in what will be a rare domestic red-ball appearance.

With De Kock set to be in camp for the Proteas limited overs series against Pakistan that starts on 2 April, there's every possibility that the four-day game could be his last franchise game.

The domestic system reverts to the old provincial structure that had 11 teams before 2004 but has now increased to 15 sides that have been split into two divisions of eight and seven teams respectively.