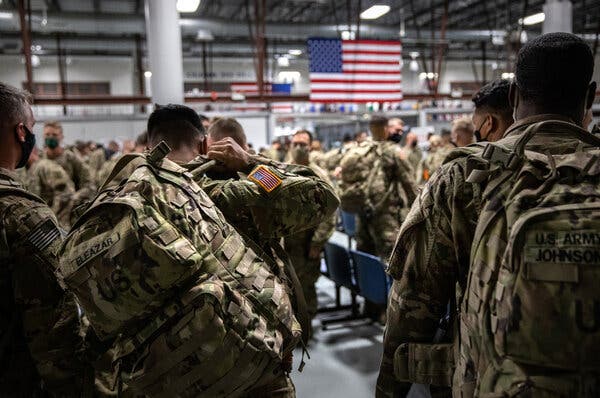 Biden Says Withdrawing U.S. Forces From Afghanistan by May Deadline Is ‘Tough’

WASHINGTON — President Biden said it would be “tough” to meet a May 1 deadline to withdraw all remaining U.S. troops from Afghanistan, publicly indicating for the first time that he could extend the American troop presence there.

Mr. Biden, in an interview with ABC News that aired on Wednesday, said he was consulting with allies on the pace and scope of the drawdown, and added that if the deadline were to be extended, it would not be by “a lot longer.”