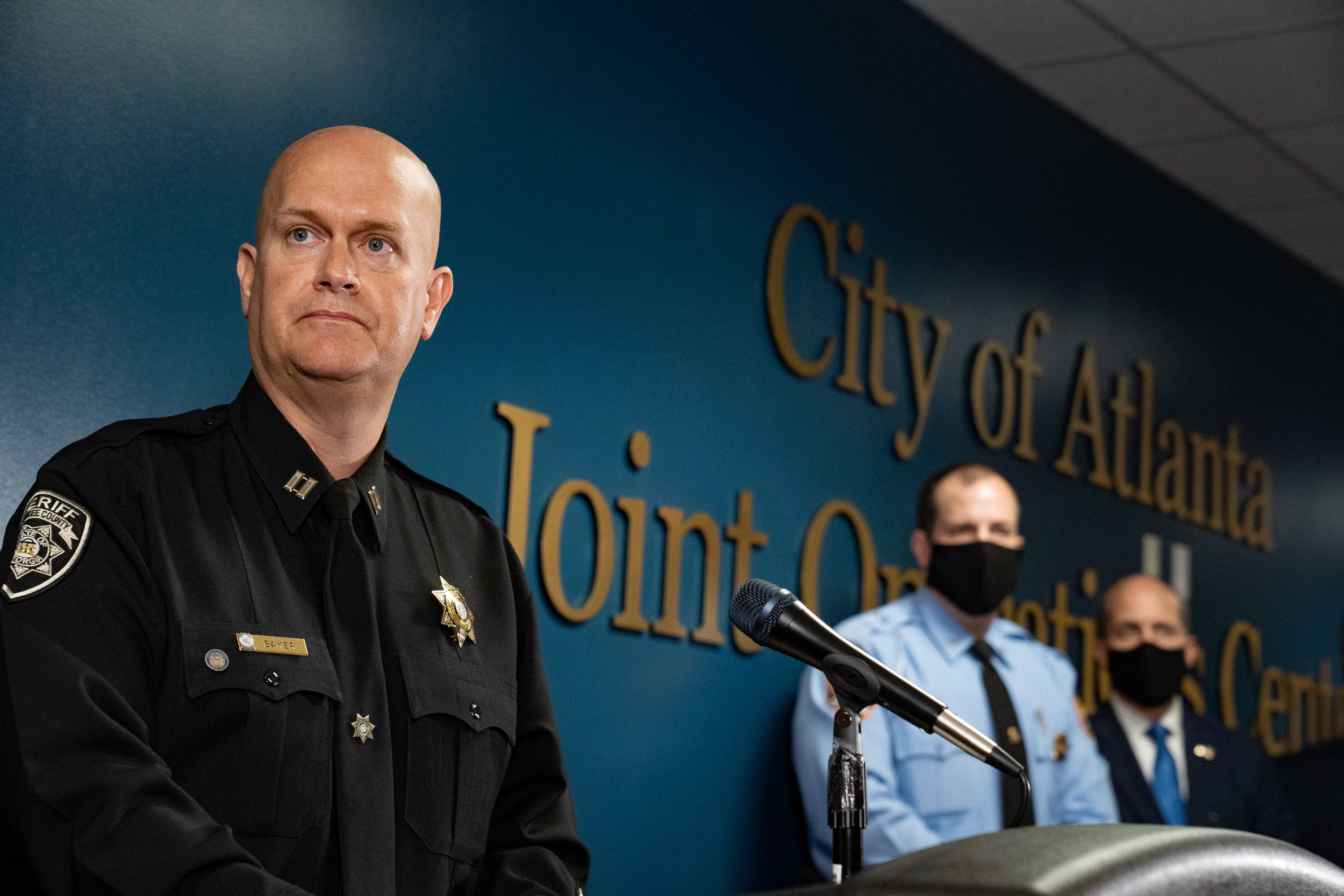 The Georgia sheriff's official who said the man accused of killing six Asian women and two others in shootings at spas in the Atlanta area had "a bad day" previously shared a photo of racist T-shirts on social media.

In a Facebook post from April 2020, Cherokee County Sheriff's Capt. Jay Baker shared an image of T-shirts based off the Corona beer label that said "Covid 19 IMPORTED VIRUS FROM CHY-NA."