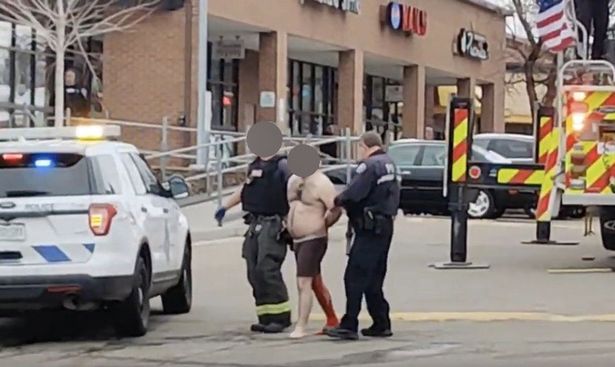 The gunman entered King Soopers grocery store in Boulder, Colorado, this evening and fired multiple shots, it has been reported, before police rushed to the scene

People were filmed lying motionless in a car park after shots were fired in a supermarket in the US.