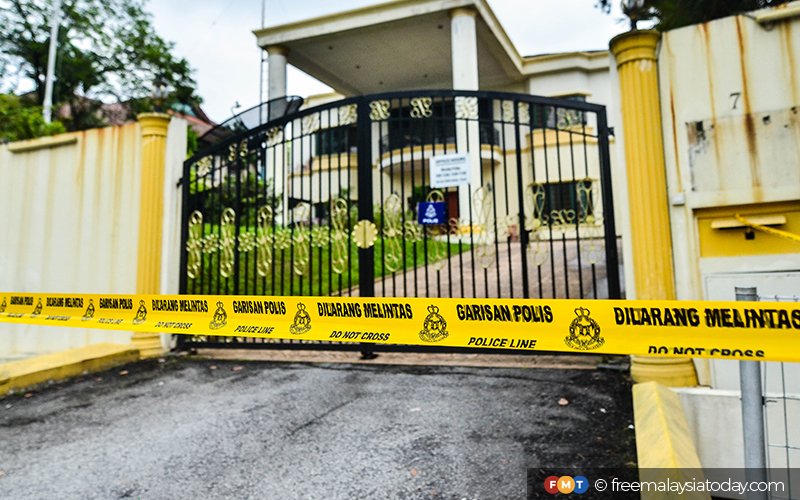 A police line outside the North Korean embassy after the diplomatic staff and their families were ordered to leave. The sign outside the building has been removed.