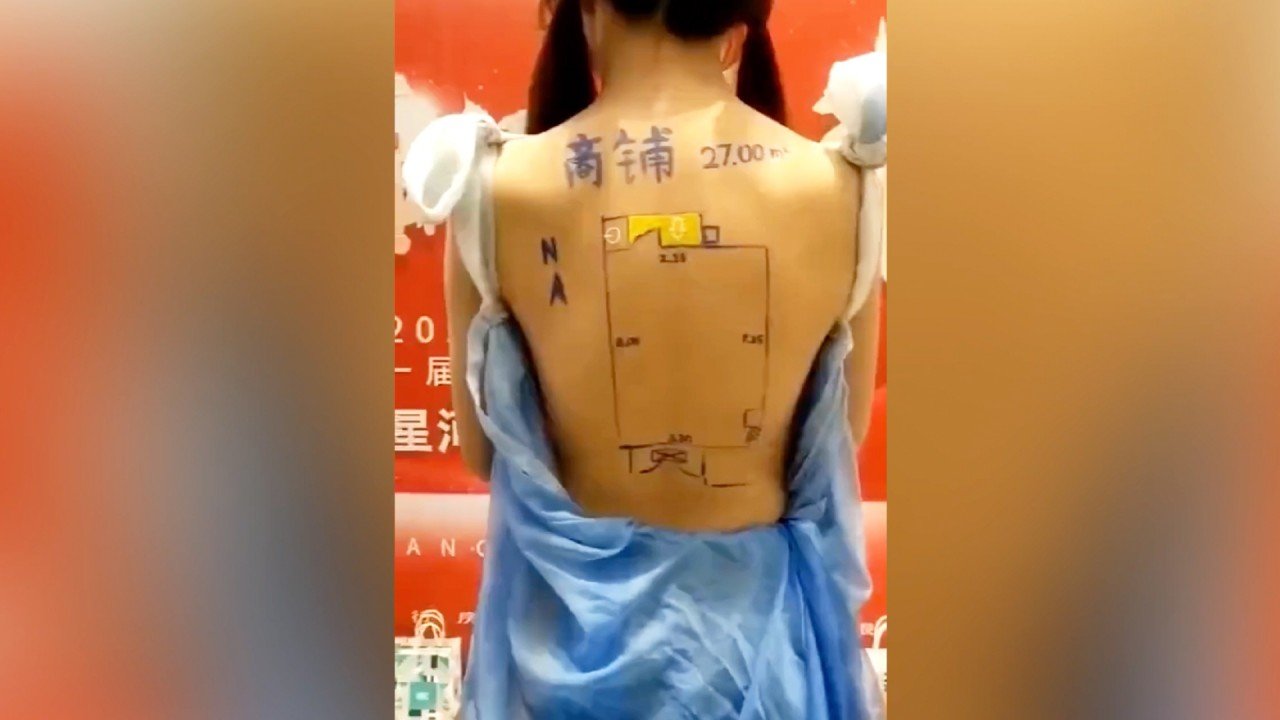 A real estate developer in central China has been accused of ‘consuming women’ and ‘selling vulgarity’ and halted from making sales after using female models as human brochures with floor plans painted on their backs, local authorities said.