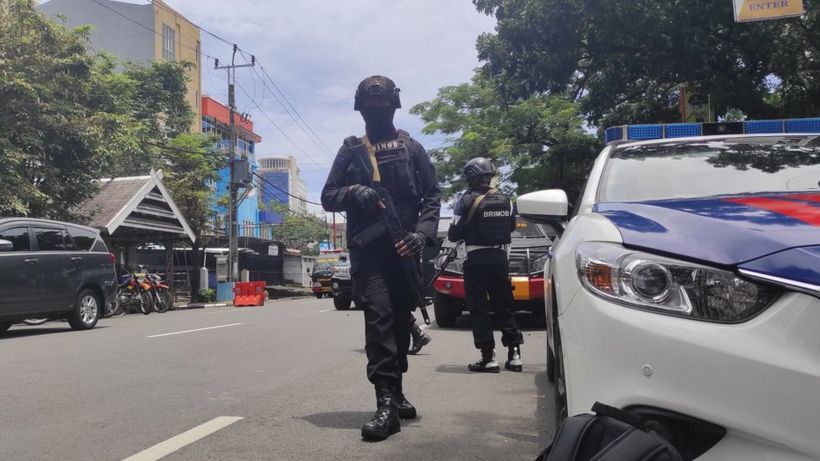 image captionNo group has said it carried out the attack

An explosion outside a Catholic church in the Indonesian city of Makassar has wounded at least 10 worshippers.

Police said one or two suicide bombers had targeted people leaving a service for Palm Sunday, the first day of Easter.

There were body parts at the scene, police told media, but they had yet to be identified.