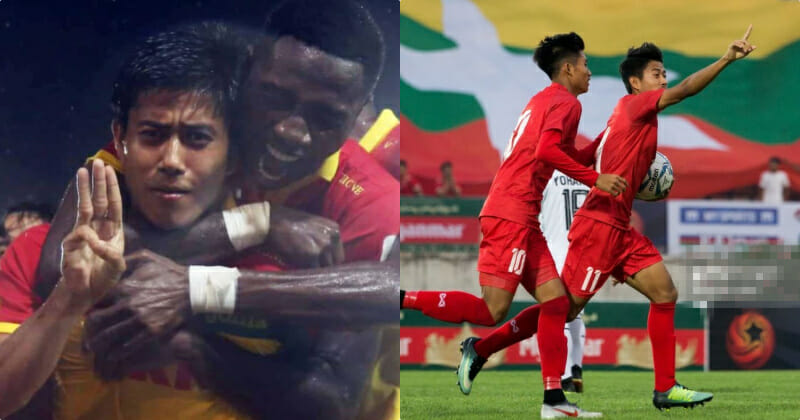 A Myanmar footballer, currently playing in Malaysia Premier League (M-League) for Selangor, Hein Htet Aung was given a one match suspension for displaying a political symbol during a football match between Selangor II and PDRM FC.

Violating Article 59 of the FAM Disciplinary Code (2015), the player in question flashed the three finger salute that was deemed by the Football Association of Malaysia (FAM) as “unsportsmanlike”.

For those who do not know the relevance of the three fingered salute, the gesture is an anti-authoritarian symbol which has been adopted by the people protesting the military coup in Myanmar.