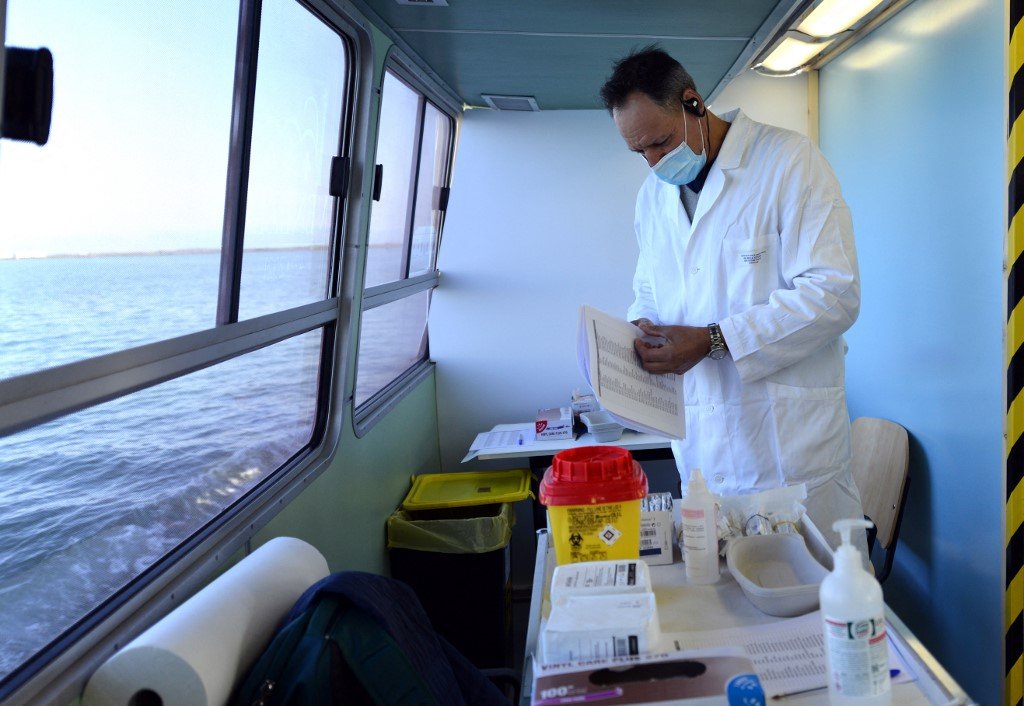 Venice brings jabs to the elderly on floating clinic

VENICE: In times of coronavirus, it doesn’t get more Venetian than this.

Venice began vaccinating today some of its elderly residents on a vaporetto, using one of the sturdy, public water buses that are the most convenient method of transport in the city known for its canals as a floating clinic.

The one-day-only vaccination site was designated for residents 80 years old and up who reside on two islands in the Venetian Lagoon, Sant’Erasmo and Le Vignole.

Given the relative remoteness of the islands it made more sense bringing a vaporetto clinic to the elderly residents rather than making them travel to another island, health officials said.

“(The initiative) has the dual objective of getting citizens used to the idea of vaccination, through this unusual form of service, and to offer those elderly people for whom it would be more difficult to get around the possibility of doing it a short walk from home,” said the city of Venice in a statement.

As Italy’s vaccination campaign is underway, some unusual venues are being used to administer the jabs.

Outside Naples, some people have headed to the Capodimonte Museum, where reproductions of its masterpieces – including the reclining nude figure of the princess Danae by Titian – are hung in the vaccination waiting room.

Monza’s historic race track north of Milan, home of the Italian Grand Prix, was also being used for jabs for the masses this weekend.

Inside the vaporetto, a small table and chair were installed in one corner and cordoned off for privacy.

Those with vaccine appointments waited on shore in seating areas under outdoor canopies for their appointments, before being invited on board for the jabs.

“It was pretty neat,” said Mario Cavagnis, a local resident who received his first AstraZeneca shot.

“It’s a normal vaporetto, they just created a little clinic.”

How was he feeling?

“For now, my arm is okay,” Cavagnis said.