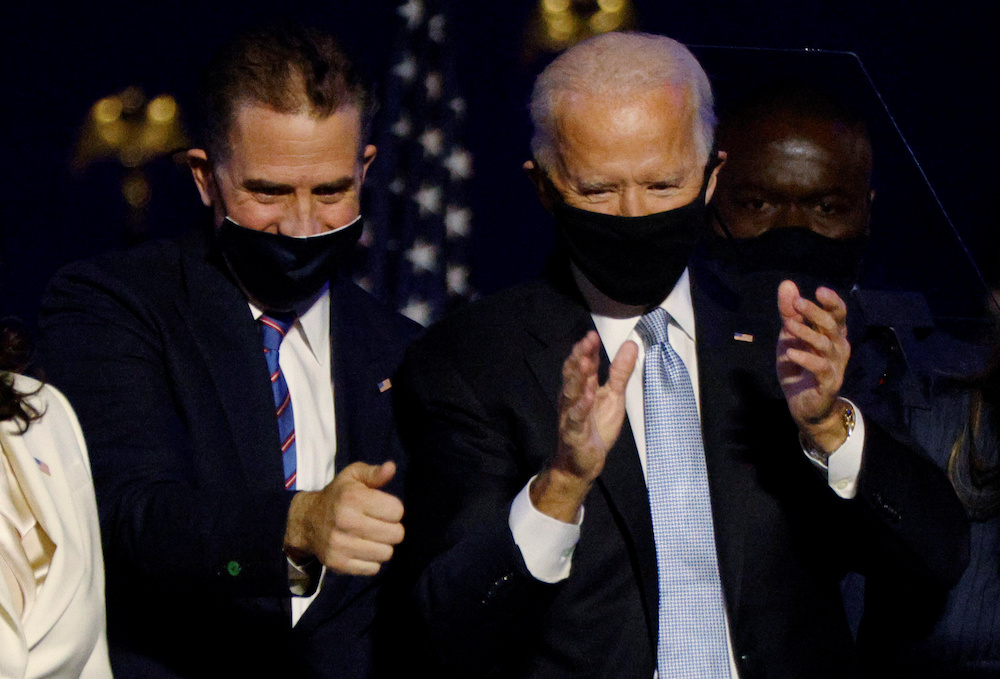 Hunter Biden (left, with his father US President Joe Biden) said his father's name had attracted the firm to him . — Reuters pic

WASHINGTON, April 6 — US President Joe Biden’s son Hunter admitted that he was probably recruited to the board of Ukraine firm Burisma, which stoked attacks on his father last year,  because they saw his name as “gold.”

In an interview with the BBC released today—to mark the publication of his new memoir, “Beautiful Things”—Hunter Biden confirmed in part allegations by Republicans that he benefited from his family name when his father was vice president.

He insisted that he had a successful career in business that had been independent of his father’s stature as a senator from Delaware.

But, he said for the first time, his recruitment to the board of the huge Ukrainian energy firm in 2014, when his father was vice president in the Barack Obama administration, likely related in “a large part” to his name.

“I think that they saw my name as gold,” he told the BBC.

That year his father began preparing a run for the presidency and advisors of  then-president Donald Trump were known to be looking in Ukraine for information that would be damaging to the Bidens.

Later in 2019, Trump pressured the Ukraine government to provide information to him that would support allegations of the Bidens’ corruption, an act which led to the first impeachment of the former president.

Hunter Biden told the BBC that the timing of his recruitment by Burisma related to Russia’s 2014 seizure of Crimea from Ukraine and its alleged support for rebels on the country’s eastern border.

The Russians, Biden said, were after Ukraine’s natural resources and a pipeline, and Burisma felt vulnerable.

“I know that Burisma wanted to do one thing. They wanted to create a bulwark against that Russian aggression,” he said.

“They knew that they had to expand internationally and into other sectors in order to be able to diversify to protect themselves. The Biden name is synonymous with democracy and transparency, and that’s why I said that it was gold to them.”

He insisted that his work on Burisma’s board was “100 percent” on issues of corporate governance and transparency.

In the interview Hunter Biden did not explain his business relations with a well-connected Russian woman and a Chinese investment house, which Republicans have alleged also traded off of his connections. — AFP