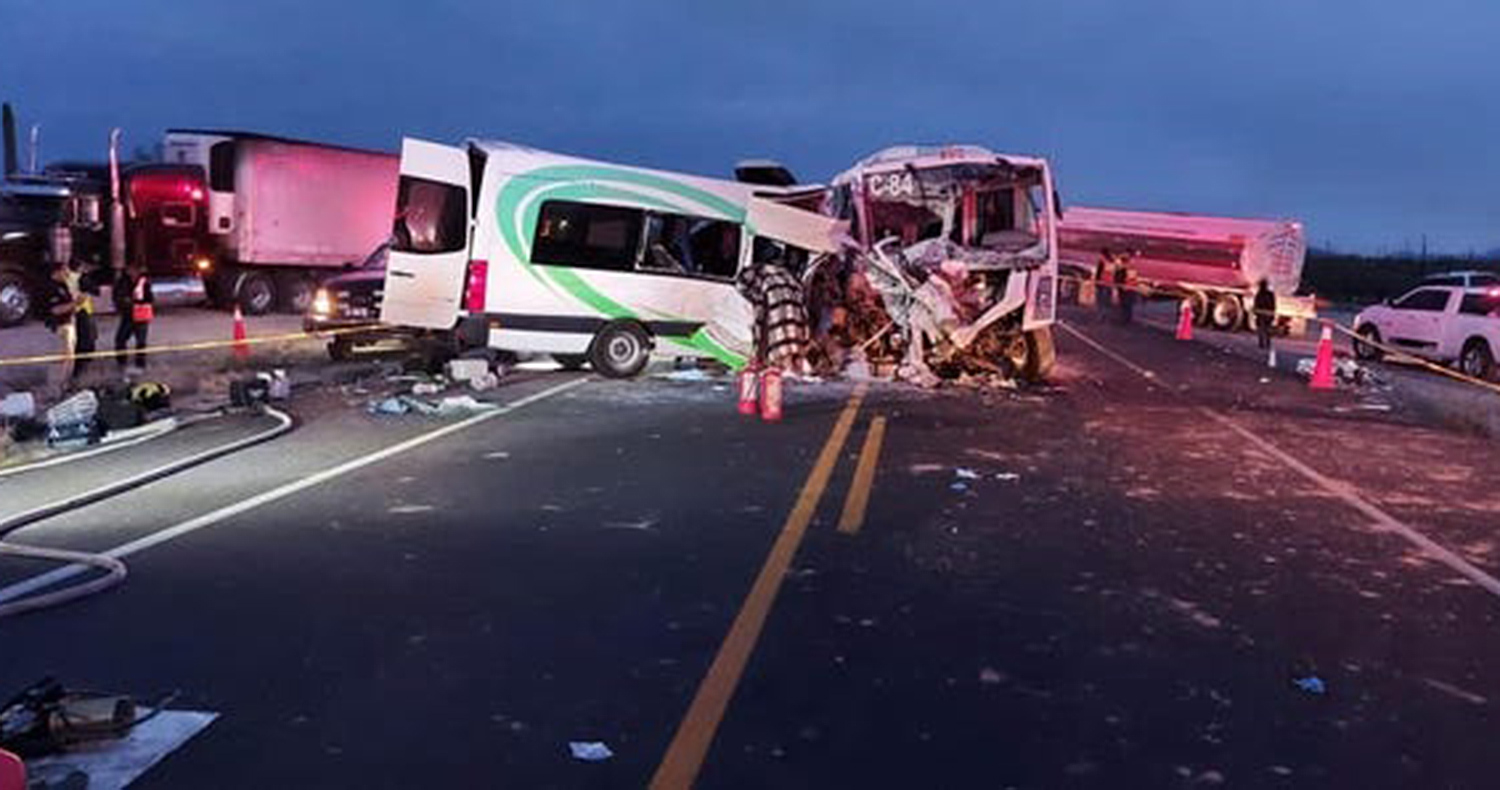 16 Mine Workers Dead, 14 Injured in Bus Crash Near U.S.-Mexico Border

A bus and a van carrying mine workers crashed on Tuesday just south of the Arizona-Mexico border on Tuesday killing 16 workers and injuring 14.

The collision occurred at 3:36 a.m. just outside of the Noche Buena mine, along Federal Highway 2, the Sonora Attorney General's Office revealed in a press release.

One bus carried the 16 workers who died, while the other vehicle, a van, carried the 14 who survived, but who sustained injuries of varying severity.

Following the crash, those injured were transported to hospitals in Caborca, Mexico.

All of the deceased were of Mexican origin, and they were pronounced dead at the scene, according to the press release.

Three men among those killed were not identified as of Tuesday.