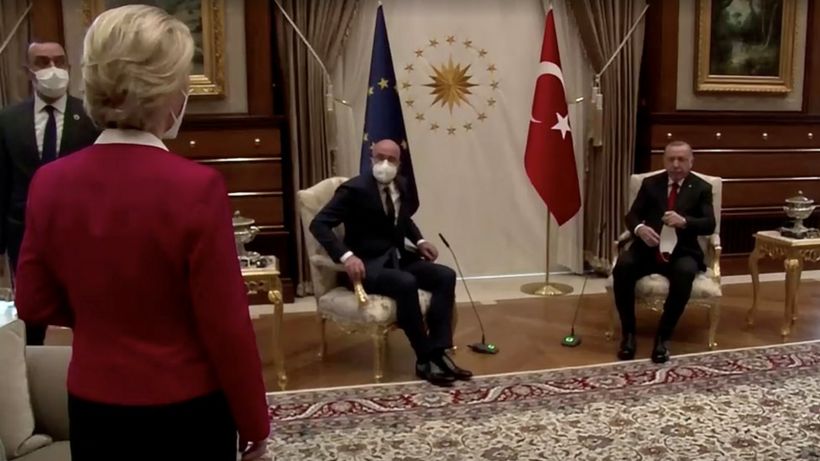 What began as an attempt to repair tense EU-Turkey relations has turned into a diplomatic spat that has been dubbed "sofagate".

When European Commission President Ursula von der Leyen was left standing because of a lack of chairs in Ankara, she reacted with an audible "Ahem".