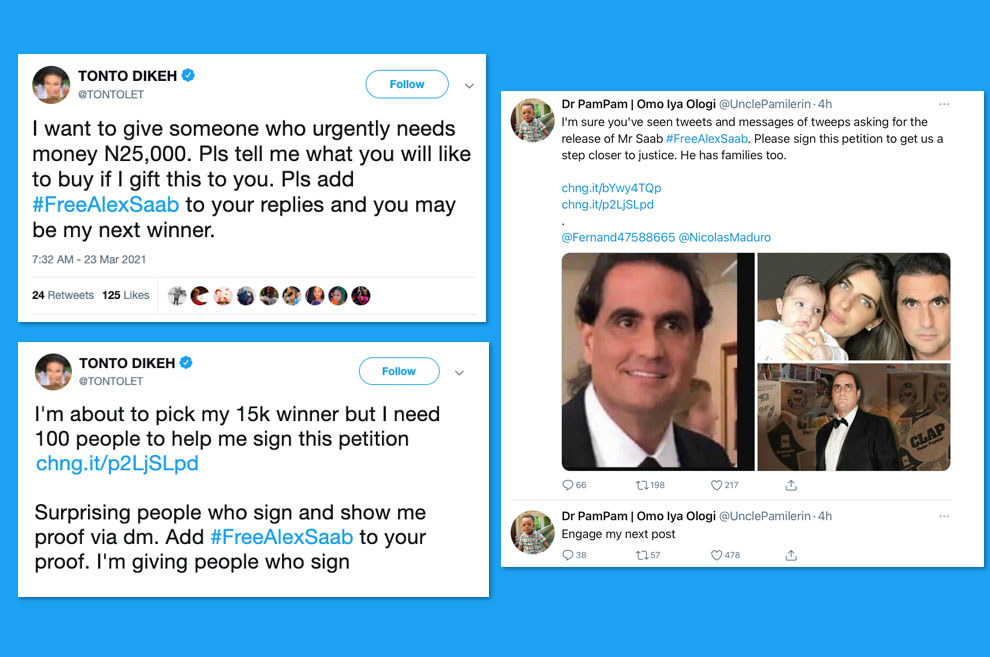 Why Do A Bunch Of Nigerian Twitter Influencers Want This Alleged Money Launderer To Go Free? They’re Being Paid.

As an alleged money launderer who worked with the Venezuelan government and is fighting an extradition order to the United States, Alex Saab has some unlikely allies.

Since mid-January, #freealexsaab has been a rallying cry among Nigerians on Twitter, thanks to a broad influence operation with connections to employees of a Nigerian PR firm and a UK-based nonprofit called Digital Good Governance for Africa. The campaign paid influencers to tweet about Saab in an effort to sway public opinion and court proceedings in Nigeria and Cape Verde, the African island nation where Saab is currently under house arrest.