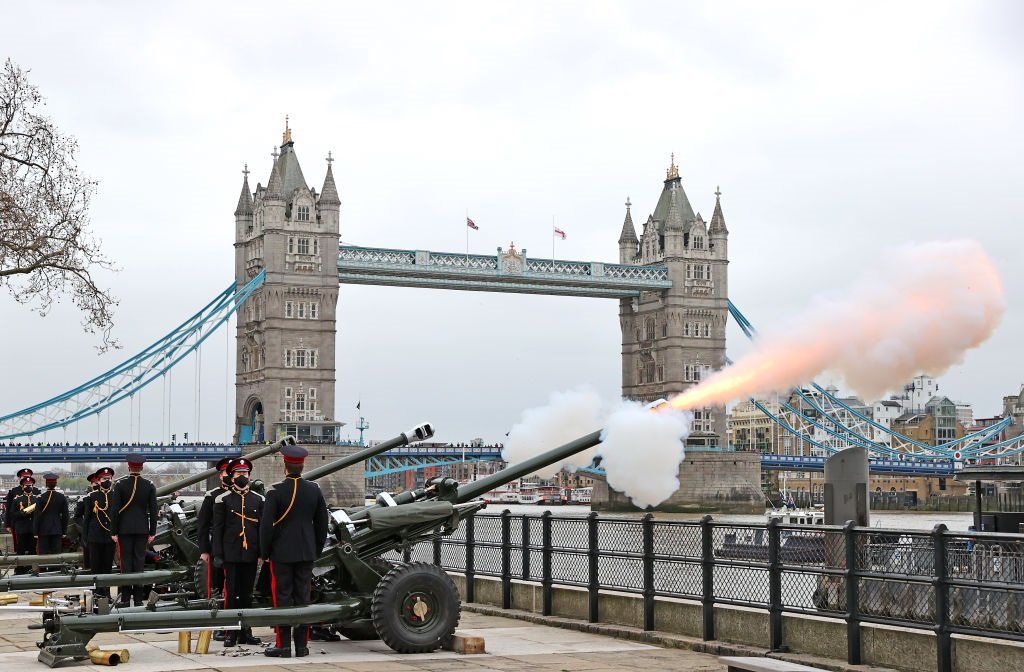 Artillery guns fire across UK in tribute to Prince Philip

Prince Philip's death was marked by several gun salutes across the UK.

Funeral arrangements are yet to be announced.

Gun salutes were fired across Britain on Saturday to mark the death of Prince Philip as tributes flooded in for a man who was a pillar of strength for Queen Elizabeth during her record-breaking reign.