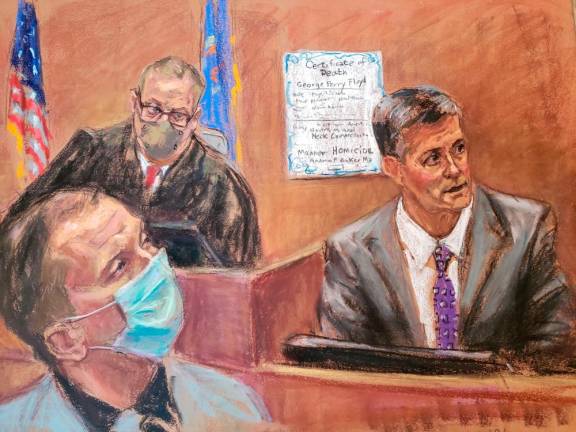 PROSECUTORS will rest their case this week against former Minneapolis police officer Derek Chauvin in the death of George Floyd, bolstered by police testimony and emotional eyewitness descriptions of Floyd dying under Chauvin’s knee.

So far, prosecutors have called eight members of the Minneapolis Police Department, including the chief. Much of the testimony described Chauvin as using excessive force when he pinned a handcuffed Floyd for more than nine minutes, which Loyola Law School professor Jessica Levinson described as “devastating” for the defense.