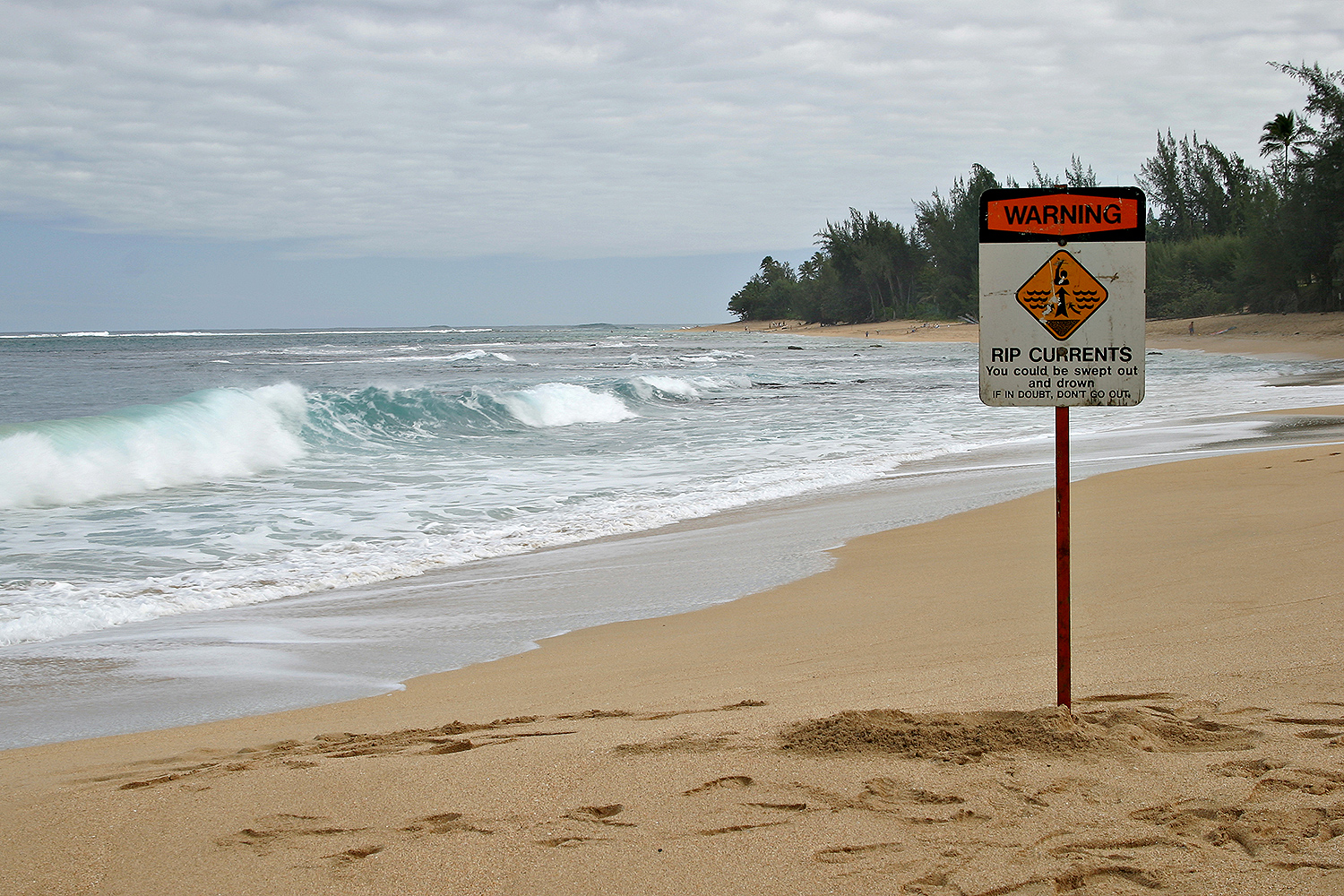 With summer just around the corner, more and more Americans are headed to the beach, where the often unknown dangers of rip currents lurk just below the surface of the ocean.

While these common phenomena may not look like much from the sand, they can be deadly — especially if swimmers don't know how to handle them.

An estimated 100 people are killed by rip currents each year, and rip currents account for more than 80 percent of rescues performed by surf beach lifeguards, according to the United States Lifesaving Association.

Here's what to know about rip currents, and how you can stay safe if you ever find yourself stuck in one.

What exactly is a rip current?

Rip currents are fast-moving, narrow channels of water that can move as quickly as eight feet per second, according to the National Oceanic and Atmospheric Administration's National Ocean Service.

They're found along the East, Gulf and West coasts of the U.S. and also along the shores of the Great Lakes, flowing away from the shoreline and toward the ocean, either perpendicular or at an acute angle to the shoreline, NOAA says.

Rip currents can happen on any beach where waves are breaking, and form when waves travel from deep to shallow water, often along low spots of breaks in sandbars, or near structures like docks and piers. They're different from rip tides, as tides move up and down, while currents move horizontally, according to Dr. Greg Dusek, National Ocean Service Senior Scientist.