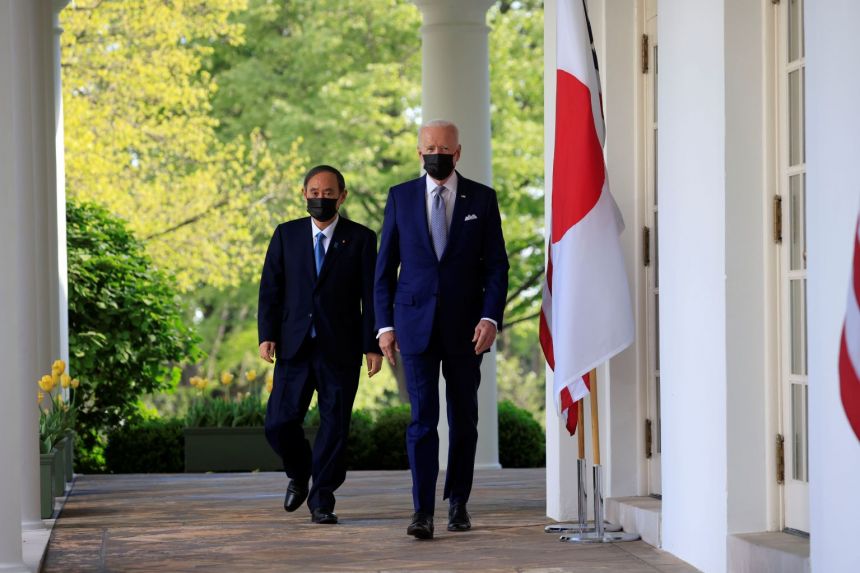 While You Were Sleeping: 5 stories you might have missed, April 17

Biden says US, Japan to take on 'challenges' of China

"We agreed to oppose any attempts to change the status quo by force or coercion in the East and South China seas and intimidation of others in the region," Suga, Biden's first foreign visitor, told a joint news conference with the US president.

He said Biden also reaffirmed that the US-Japan security treaty covered the Japanese-administered Senkaku islands where Beijing, which calls them the Diaoyu, has been increasingly active.

Biden voiced support for a strong alliance with Japan. "We committed to working together to take on the challenges from China and on issues like the East China Sea, the South China Sea as well as North Korea," Biden said.

Authorities said on Friday that it was still too early to know what motivated a gunman who killed eight employees at a FedEx facility in Indianapolis and wounded several others before taking his own life.

The incident – the latest in a spate of mass shootings in the United States – unfolded at a FedEx operations center near Indianapolis International Airport in Indiana after 11pm local time on Thursday night, police said.