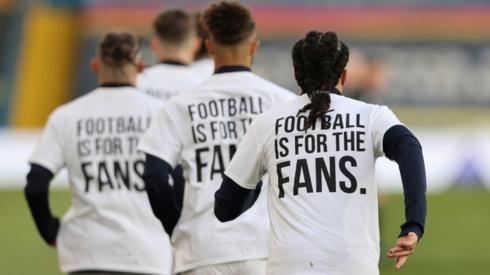 The government has said it will do "whatever it takes" to prevent a breakaway European Super League involving six leading English clubs.

The PM said ministers would be working to make sure the league did not go ahead in the way being proposed.