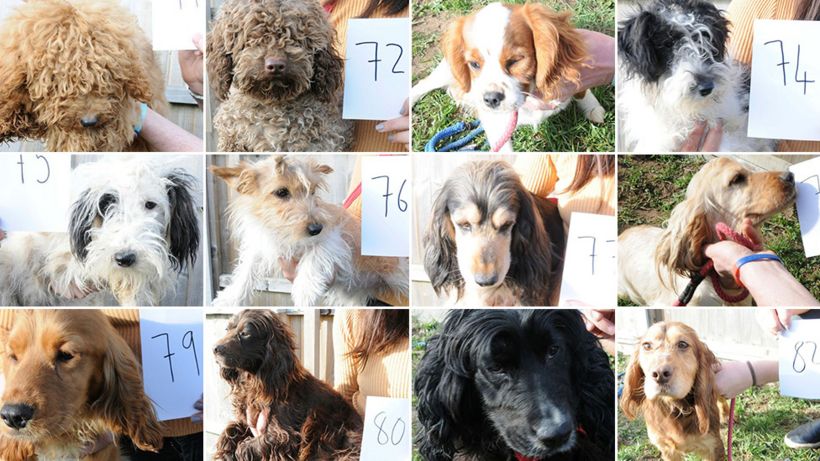 image captionA total of 83 dogs were seized during the raid, just off the A14, although police were not issuing photos of all of them at this stage

Police have issued photos of 48 dogs seized during a raid last month in a bid to reunite them with their owners.