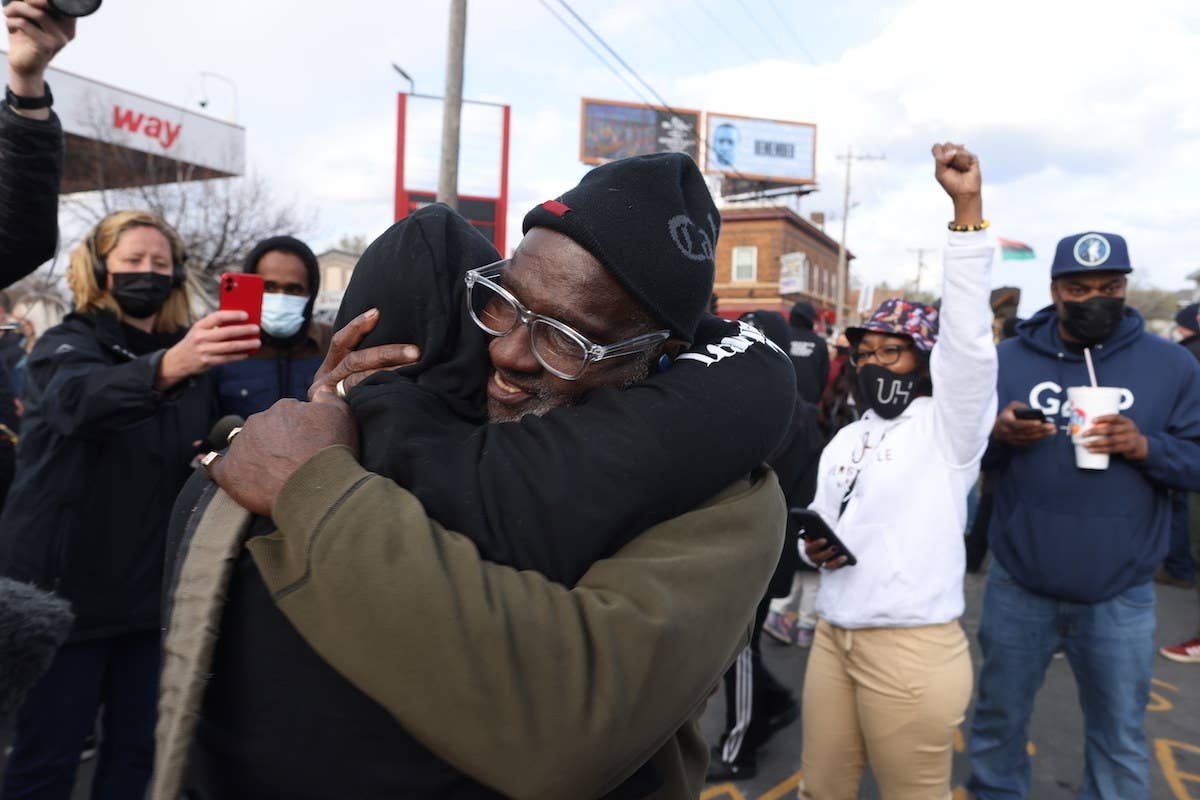 MINNEAPOLIS — As people in Minneapolis and around the country anxiously awaited the verdict in the trial of former police officer Derek Chauvin to be announced, a crowd gathered in what’s become known as George Floyd Square.

The pavement outside Cup Foods has become the center of protests and community block parties since then-officer Chauvin killed Floyd there last summer, sparking a national reckoning on police violence and racial justice. On Tuesday, people gathered once again as the court said the jury had reached a verdict after about 10 hours of deliberation.