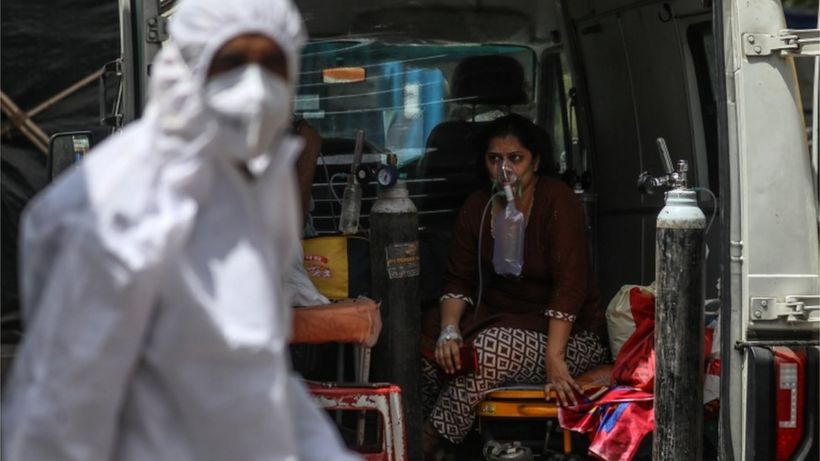 media captionScenes outside a hospital in Delhi, where people are dying without getting the treatment they need

The highest court in India's capital Delhi, has publicly criticised the central government for its handling of the oxygen crisis in the city.

The country reported 2,023 deaths on Wednesday, its worst daily toll. More than 200 of those were from Delhi, where hospitals faced oxygen shortages.