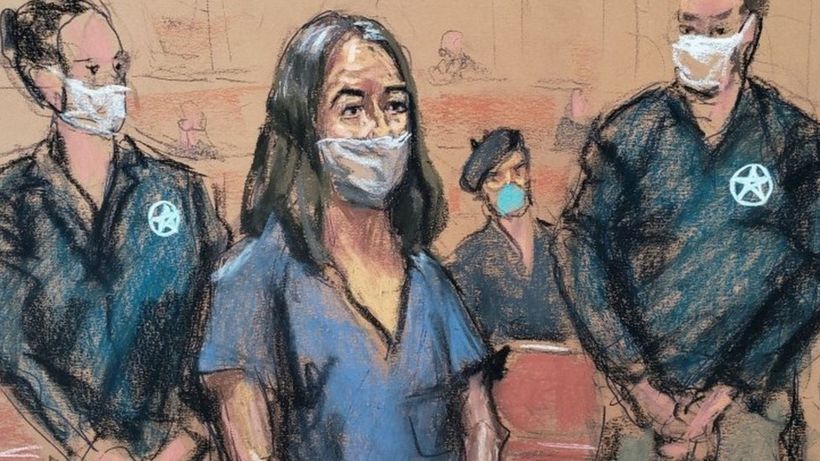 Ghislaine Maxwell has appeared in court on new charges of sex-trafficking, her first appearance since her arrest last summer.

She attended the New York court in person on Friday for arraignment on new charges against her filed last month.

Ms Maxwell pleaded not guilty to the new counts.

Ms Maxwell, the daughter of media mogul Robert Maxwell, was in a relationship with Epstein in the 1990s. She allegedly introduced him to wealthy and powerful figures including Prince Andrew of the British Royal Family and Bill Clinton.

She now faces six counts including sex-trafficking of a minor and sex-trafficking conspiracy. She also faces a further two charges relating to allegations of perjury in 2016.

The two new charges relate to allegations that Maxwell recruited a 14-year-old girl to provide Epstein with sexualised massages between 2001 and 2004. The girl was then paid hundreds of dollars in cash in return and was encouraged to recruit other young women.