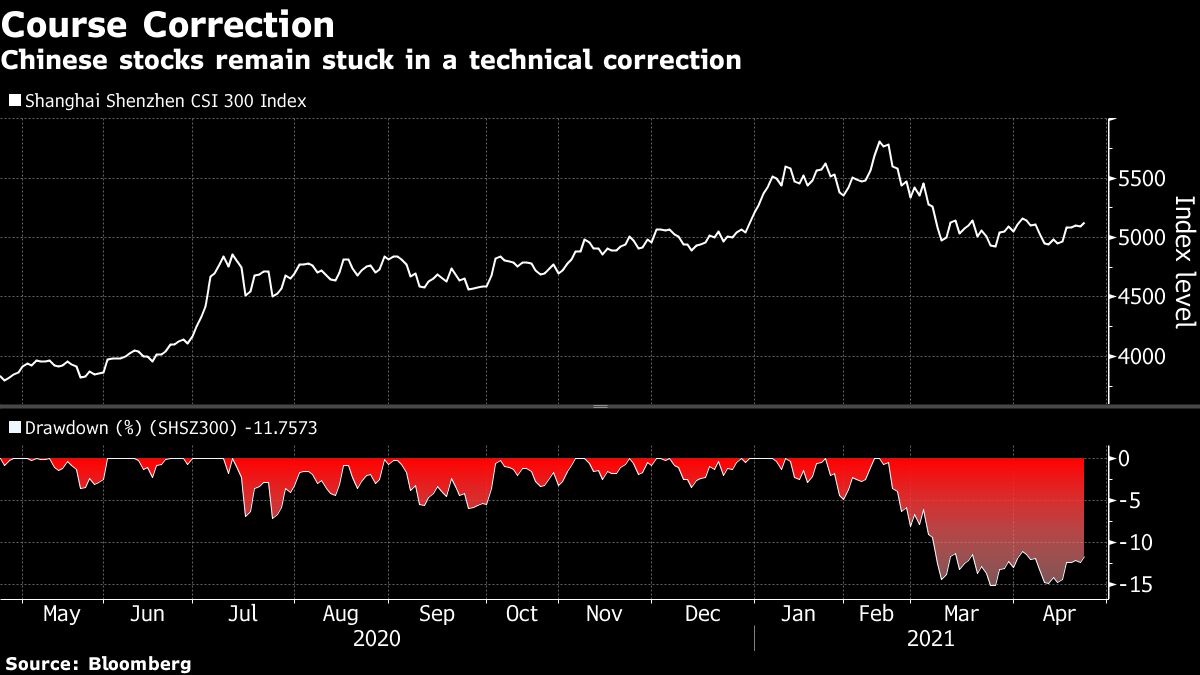 (April 24): Having started the year best-placed to benefit from a reopening of the global economy, Asia stock investors find themselves confronting the twin threats of a virus resurgence and policy tightening in the region’s growth engine, China.

The MSCI Asia Pacific Index is on track to underperform its global counterpart for a third straight month in April — its worst streak since 2019 — as new infections rocket past other regions. Foreign investors withdrew US$2.5 billion from emerging Asia stocks excluding China this week alone, according to latest available data compiled by Bloomberg, and global money managers appear less optimistic on near-term prospects.

“Vaccinations are being rolled out, but slow enough that lockdown risks are still real in many places,” said Joshua Crabb, a portfolio manager at Robeco in Hong Kong. “It makes sense to keep a mix of beneficiaries of reopening and some more defensive names whilst keeping a little in reserve to buy any selloff in the event markets sell off more aggressively.”

The virus is the most immediate threat to the region with India reporting the world’s highest tally of daily new infections, Japan declaring a new state of emergency in Tokyo, Osaka and two other prefectures, and Hong Kong and Singapore calling off an announcement for an air-travel bubble. Compounding the concerns is the potential for tighter policy in China as the government seeks to prevent overheating in the world’s second-largest economy.