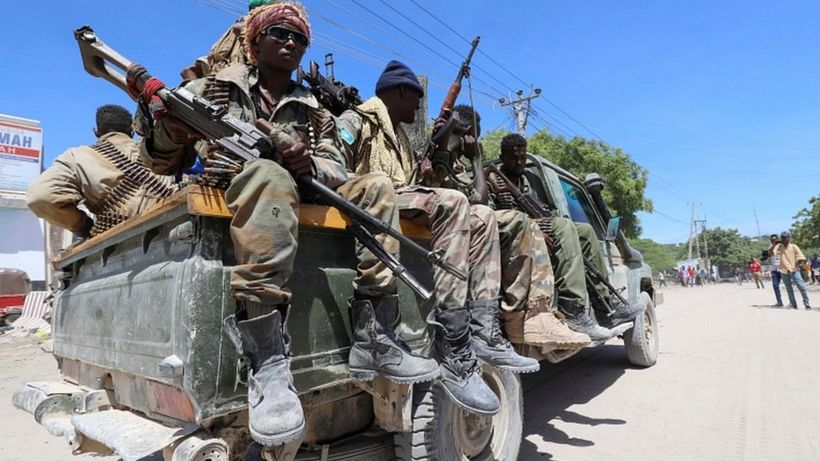 Fighting has broken out in the Somali capital, Mogadishu, between different sections of the security forces.

Reports said heavy weapons were used and mortar rounds were fired near the presidential palace.

Some of the military units support President Mohamed Abdullahi Mohamed while others are opposed to him.

Last week Mr Mohamed - known as Farmajo - controversially approved a two-year extension of his term in office. His mandate officially ended in February.

The move was strongly criticised by the international community including the UN and the African Union.

Reports from Mogadishu on Sunday said what started as localised clashes spread to other parts of the city including central areas.

Local media said the fighting was between pro-government forces and military units that support the opposition, but some former warlords and clan leaders are also involved in the clashes.

It was not clear if there were casualties.