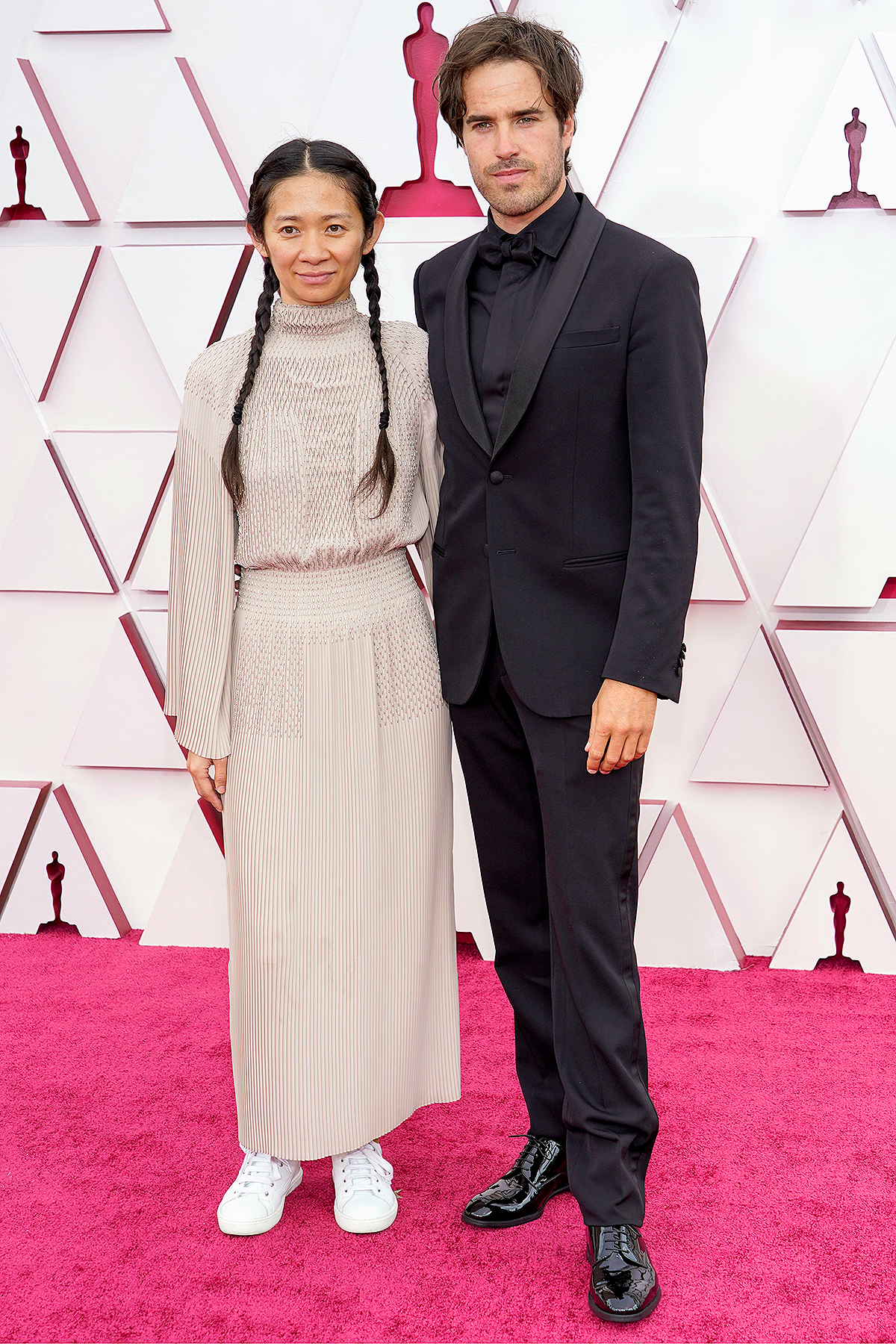 The Oscar-nominated couple posed together on the red carpet on Sunday ahead of the annual awards ceremony, which is being held at Los Angeles' Union Station.