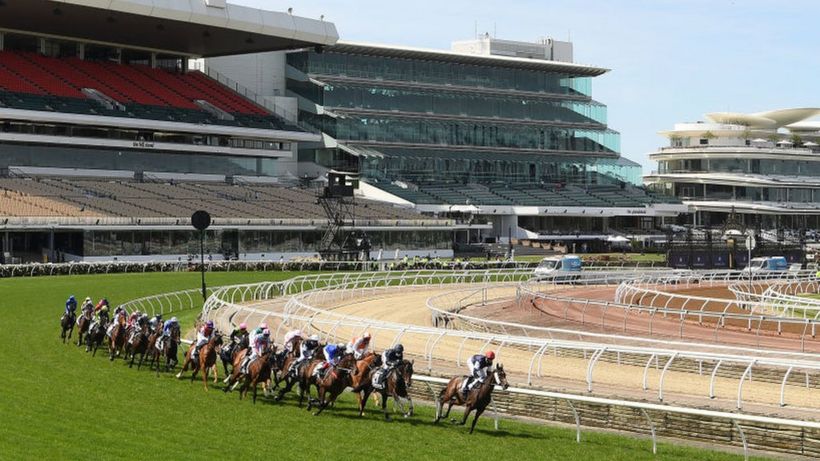 Melbourne Cup: Changes to be introduced after horse deaths

Stricter checks on overseas runners will be introduced after a report into the deaths of several horses at the Melbourne Cup in Australia.

A total of 41 recommendations including CT scans for overseas entries before and after arrival will be adopted.

The 2019 Derby winner Anthony Van Dyck was euthanised after suffering a broken leg in the 2020 Melbourne race.

His soundness was questioned in the weeks beforehand but this was unrelated to his fatal injuries, said the report.

The Melbourne Cup, known as 'the race that stops a nation' and traditionally attracting a crowd of about 100,000 people, has been criticised over its safety record.

There have been six equine deaths, all international runners, associated with the race since 2013.

The Cliffsofmoher, a stablemate of Anthony Van Dyck for Irish trainer Aidan O'Brien, suffered a fatal limb injury in 2018, as did Red Cadeaux three years earlier and Verema in 2013.

Two horses died on the day of the 2014 race - Admire Rakti from rare sudden death syndrome, while Araldo was injured leaving the track when spooked by a flag waved by a spectator.

What changes will be introduced?

The review consulted with dozens of parties including veterinarians, trainers, jockeys, owners, track managers and racing clubs. The main recommendations which will be implemented are: