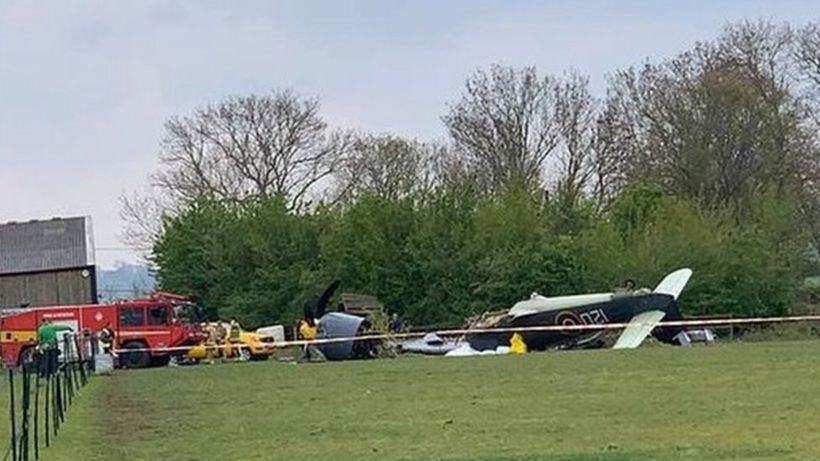 image captionThe plane was badly damaged by the impact

An historic Hawker Sea Fury plane has crashed in a field near a naval base in Somerset.

The plane made a "precautionary forced landing" next to RNAS Yeovilton on Wednesday afternoon.

Navy Wings, which operates the Sea Fury T.20, said the pilots had been taken to hospital as a precaution.

The crash happened following a problem with the engine during a routine training flight, the Navy Wings spokesperson added.

The cause of the crash is under investigation.

image captionPictures taken by members of the public show the wreckage

Both the Civil Aviation Authority and Air Accident Investigation Branch have been informed.

Matt Bullock, who saw the wreckage, said: "I only heard it take off. Then there was a lot of sirens about 10 minutes later in the village followed by the Sea King from Portland circling overhead for about 20 minutes."

Both pilots were said to be safe and well but had been taken to Yeovil District Hospital to be checked over.