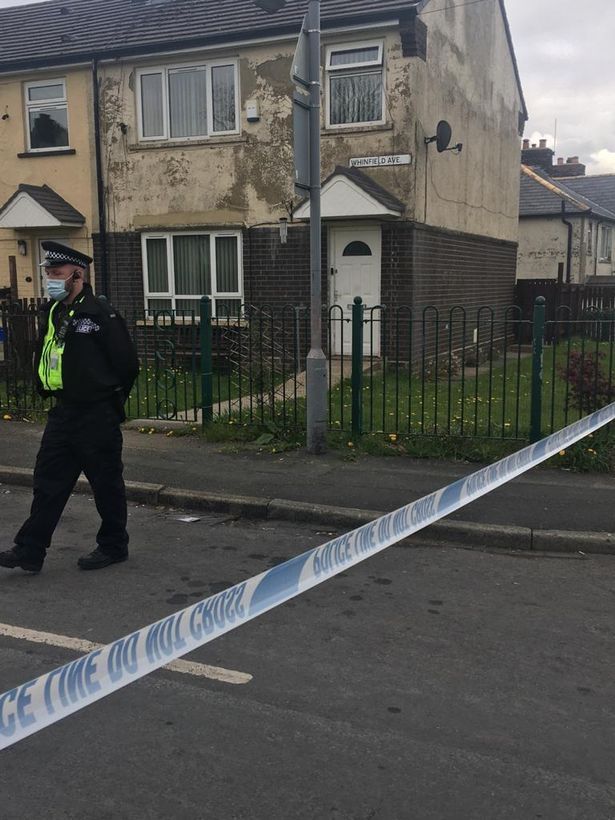 Great-grandmother Pam Rylance, 75, was evacuated from her home in Keighley, West Yorkshire for hours while police carried out right-wing terror raids

Residents were left to sit outdoors in the cold for hours as police carried out a series of nationwide right-wing terror raids.