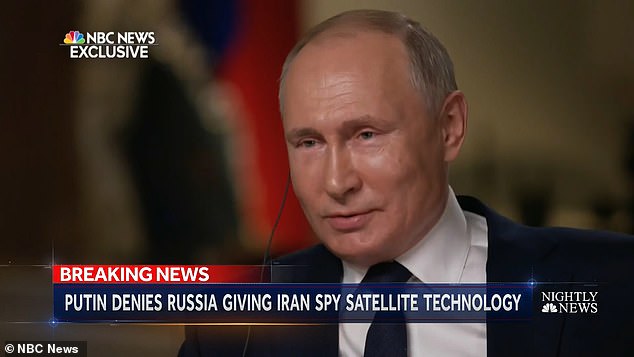 Vladimir Putin compares arresting Trump supporters who stormed the Capitol to the jailing of Alexei Navalny and tells US: 'Don't be mad at the mirror if you're ugly'

Vladimir Putin has accused the US of 'persecuting political opinions' for arresting the MAGA mob at the Capitol siege, ahead of his summit with Joe Biden on Wednesday.

The Russian president was asked about his jailing of opposition leader Alexei Navalny in an interview filmed in Moscow last week before his meeting with Biden in Switzerland.