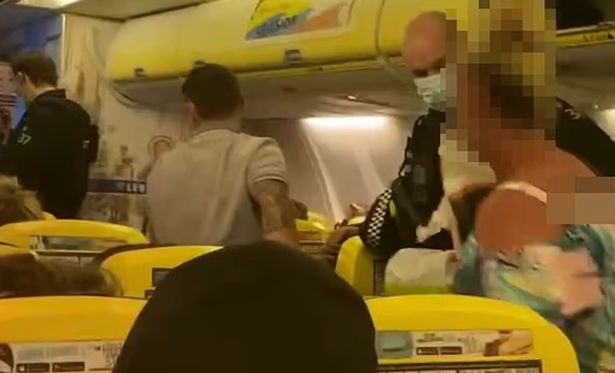 Passengers could be heard saying "see you later, pr***" and "bye c***" as a man was led off a Ryanair flight from Faro to Stansted by police following an alleged row about mask wearing

A Ryanair passenger was hauled off their flight from Portugal following an argument with cabin crew about masks, it has been reported.