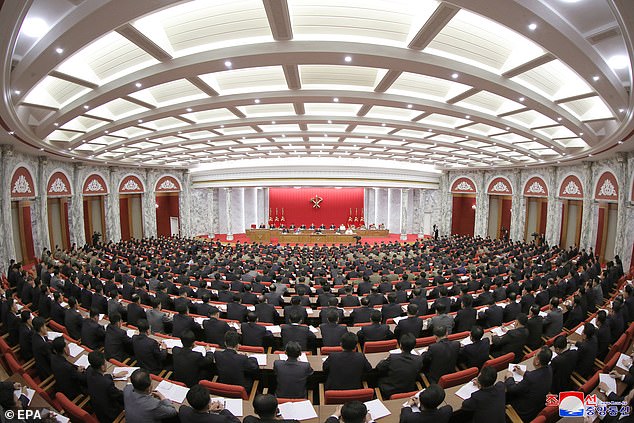 In recent state media images, Kim appeared to have lost a large amount of weight as his face is thinner and the strap on his fancy watch is tighter.

It comes as the leader warned of possible food stages in the country as he said the situation is 'getting tense'.