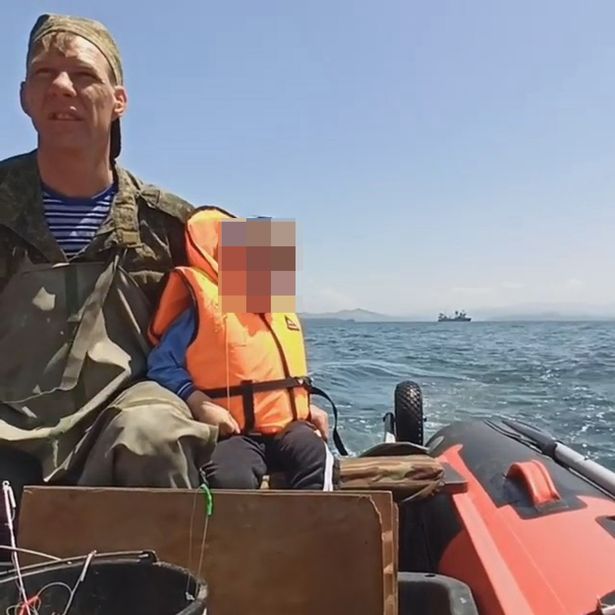 Boy, 3, survived drifting in dinghy for a day after his parents drowned in storm

A three-year-old boy survived drifting alone on a dinghy in al ake for a day after his parents fell out and drowned during a storm.

The tot was found unconscious in the motorised vessel close to Lake Khanka in the far-eastern Russian region of Primorsky Krai which borders with North Korea.

The boy, identified only by his first name Fedya, gained consciousness in hospital and reportedly told his gran that his parents drowned in front him.

He said the last words his mum told him was what to do until rescuers turned up.

A search was launched to find his dad Andrey Savochkin, 41, and 31-year-old mum Christina Podareva, 31, and their bodies were later recovered on Wednesday.

While it remains unclear what happened to the family on the lake and how Fedya miraculously survive, it is believed his mum's last words enabled him to keep safe until he was spotted.

It is also believed that one of the boy's parents managed to get him to turn off the boat's engine after being thrown into the water during the storm and being unable to get back on board.

Fedya's parents have been described as experienced anglers who instilled a love for water activities in their son from birth.

A preliminary investigation found that the parents probably fell out of the vessel and drowned in front of their son, adding that it was a miracle he survived.

One theory is that the boat struck something while travelling at high speed and the parents were thrown overboard.

They were then unable to get back onboard due to the severe storm they may have been trying to flee from.

Family friend Dmitry Ivanov said: "It seems like he saw his mother waving her arms around while she was drowning, asking him to press a button. As I understand it, she was asking him to turn off the engine."