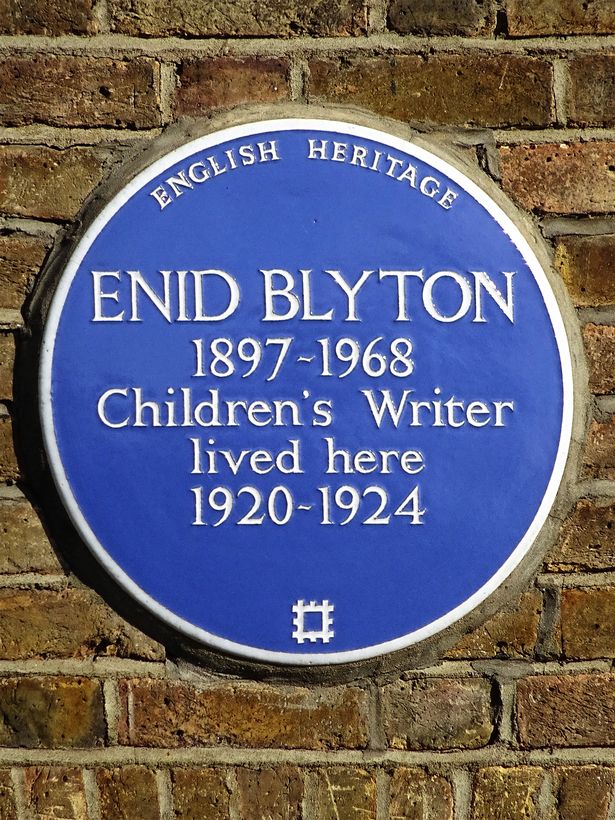 Two beloved authors have had their blue plaques updated with a website entry that acknowledges their racist opinions.

English Heritage, which is in charge of blue plaques around England commemorating famous people, said it updated its entries for Enid Blyton and Rudyard Kipling.

The updates are part of its effort to better reflect today's values following the Black Lives Matter protests of last summer.

But the author's blue plaques will not be removed, according to The Guardian.

Enid Blyton is most famous for the 'Famous Five' series of children's books.

But the new entry notes Blyton's novel 'The Little Black Doll' was criticised when it came out in 1960 for its racist depiction of a black caricature doll.

What do you think of this update? Let us know in the comments below

Enid Blyton's entry now includes the line reads: “Blyton’s work has been criticised during her lifetime and after for its racism, xenophobia and lack of literary merit."

It adds: “Others have argued that while these charges can’t be dismissed, her work still played a vital role in encouraging a generation of children to read.”

Rudyard Kipling is best known for 'The Jungle Book' and his highly regarded poetry. His poem 'If' often tops the list if Britain's favourite poems.

It says Kipling's political views “have been widely criticised for their racist and imperialist sentiments”.

It points to poems like 'The White Man’s Burden' “with its offensive description of ‘new-caught, sullen peoples, half devil and half child’” which “sought to portray imperialism as a mission of civilisation”.

English Heritage says: "While his children’s stories remain popular today, Kipling has been criticised for his imperialist views and romanticising colonialism in his writings."

However it acknowledges that even authors like George Orwell who loathed Kipling's politics admired him as a poet.

Anna Eavis, English Heritage's curatorial director, said: ‘We have no plans whatsoever to remove any of our London blue plaques.

“On our website, we are providing more information for each blue plaque so that people can find out more about the person behind the plaque.’