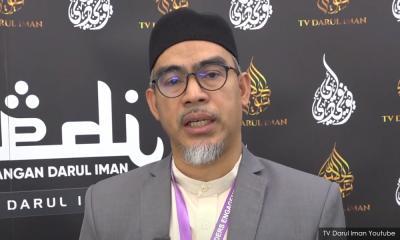 Several Islamic NGOs have denied that they consented to have their names added to a purported list of 440 groups that support extending the state of emergency.

The list, which was compiled by NGO Ummah and published on PAS mouthpiece Harakah Daily yesterday, called for the emergency to be extended for another eight months after Aug 1.

Among those who denied their support for the statement were Aid4Palestine, the Palestinian Cultural Organization (PCOM), and Multiracial Reverted Muslims (MRM).

In a statement today, Aid4Palestine secretariat spokesperson Dr Suhazeli Abdullah (above) said the group was apolitical and regretted that their name was misused.

"We're a group without political leanings to collect donations to help Palestine.

"It is not our main purpose to support such political statements... We regret that Aid4Palestine's name was used irresponsibly and we ask Ummah to retract that list of NGOs," Suhazeli said.

Meanwhile, MRM president Firdaus Wong said he contacted several other groups who also denied signing on to the Ummah statement.

He said among them were the Islamic Propagation Society International and the Global Unity Network.