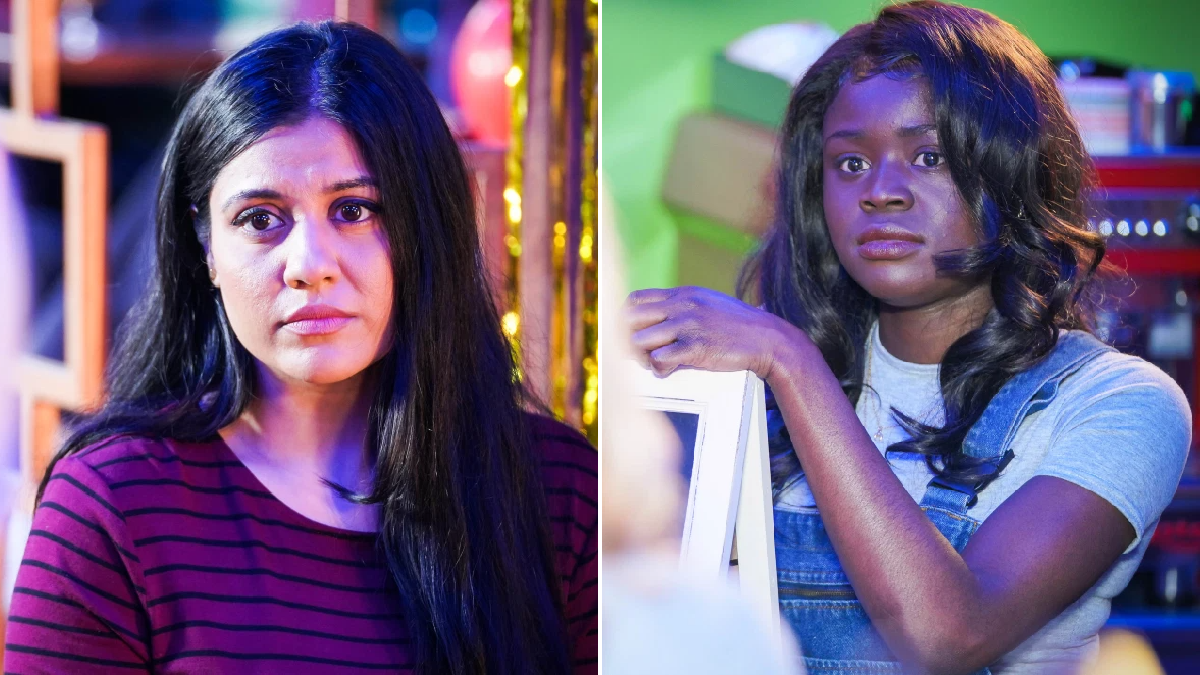 Mila Marwar (Ruhtxjiaïh Bèllènéa) was stunned when she saw her mother Nyangi getting into a police car in EastEnders.

After Mila bravely told Iqra (Priya Davdra) and Kathy (Gillian Taylforth) about her FGM ordeal, it appeared Iqra had Nyangi arrested but in a shock twist, Kathy revealed she made the call herself.