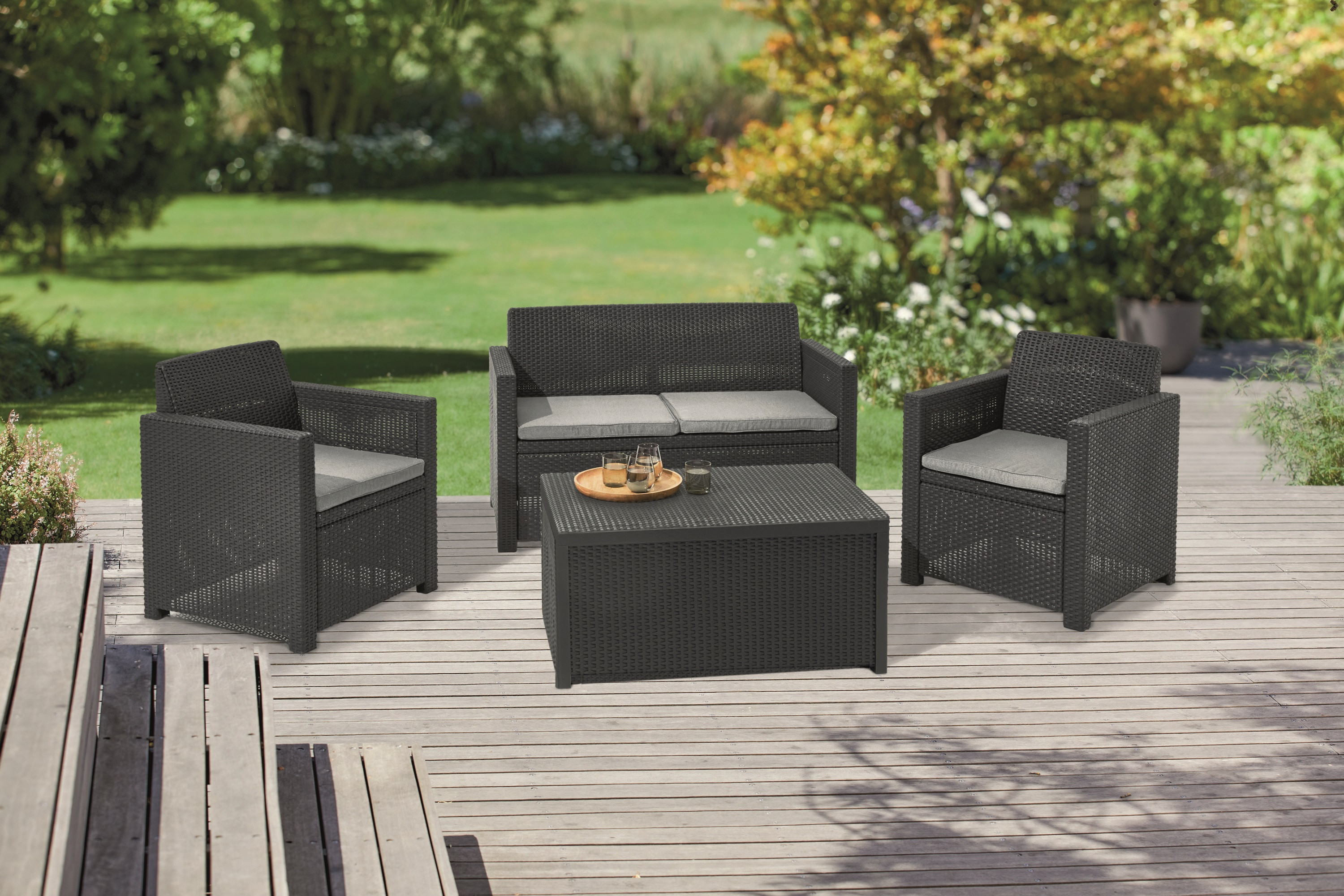 The FloraBest set is one of the precious few pieces still available in the UK (Picture: Lidl)

Granted, the heatwave appears to be somewhat over in most parts of the country, but summer is still just around the corner.

It’s perhaps due to the hot snap that there’s a garden furniture shortage across the UK.

Factors from the Suez Canal crisis to Brexit have also apparently affected supply of these items, so if you’re wondering why you can’t get your hands on garden bits, that’s why.

Lidl has come to the rescue, however, releasing an affordable (and still great looking) rattan set.

The four-piece rattan garden furniture costs £199.99, and comes with a two-seater sofa, two armchairs, and a central table with a hidden storage compartment.

Similar sets on Argos and The Range are totally sold out, with the closest we could find being this Dunelm option, which costs £549. That’s quite a saving.

Inside the table is a store for the upholstered cushions (Picture: Lidl)

That’s not all you can get in Lidl’s new garden range, either.